The patent system is a meticulous, drawn-out system, and it often takes inventors and innovators years to finally be acknowledged as the brains behind the ideas.

It matters little, seemingly, how large the company is, the system is the system, and Apple can finally call the iconic Slide To Unlock gesture its own after the United States Patent & Trademark Office granted Apple its patent. Apple was awarded a similar patent on this front in August last year.

Patents can be of make-or-break importance in the field of consumer electronics, particularly the smartphone and tablet markets. Apple, along with rivaling companies, are always down for a scrap – more than prepared to drag each other through the courts for claims of copyright infringement. In his just-released biography, the late Steve Jobs is said to have wanted to "destroy Android," claiming it was a "stolen product" based on various Apple technologies.

He was equally animated about Slide To Unlock, but for all the right reasons, when iPhone made its debut back in January of ’07. “To unlock the phone, I just take my finger and slide it across. Wanna see that again? We wanted something you couldn’t do by accident in your pocket. Just slide it across – BOOM.” Such charisma over a relatively innocuous feature is something that will be sorely missed at future keynote speeches. 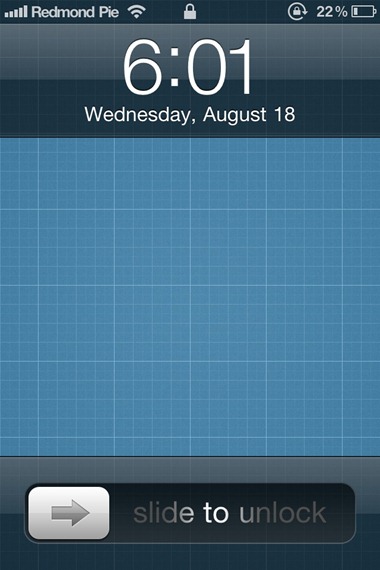 Slide To Unlock has certainly been a great device in the battle against accidental calls, voicemails, general unintentional actions which are often the pet peeve of cellphone users. Below is the diagram depicting the patent:

Although the mechanism is extremely simple, the ingenuity cannot be denied. While many aspects of Apple’s iOS have been highly flawed and subject to subsequent change, it seems hard to fathom an easier unlock strategy than the simple slide. It has been the Cupertino-based company’s curtain to its mobile operating system from day one, and no matter how advanced iOS becomes with the likes of Siri and supersonic browsing speeds, it’s extremely unlikely that Slide To Unlock will cease to remain a fundamental part of it.

Jobs took an incredible 313 patents with him to the other side, ranging from the click-wheel of the iPod to key design aspects of the iPhone 4. The fruit company will certainly have to remain ahead of the patent game in order to continue the resounding success engineered hitherto by one of the world’s greatest modern-day innovators.