Everyone hates it when two massive companies keep dragging each other through the courts, except lawyers that is. With Apple and Google getting ready to once again duke it out we’re being treated to a rare insight into how Apple functioned circa 2007. With the man that was in charge of coming up with the iPhone giving a rare interview.

Speaking to the Wall Street Journal, Greg Christie covers various angles of the iPhone’s original inception, including an interesting conversation he had with then Apple CEO Steve Jobs. We’ve all heard of the Apple co-founder’s rather unique way of dealing with people, and it appears that his methods hadn’t changed around that time either.

Steve had pretty much had it… He wanted bigger ideas and bigger concepts. 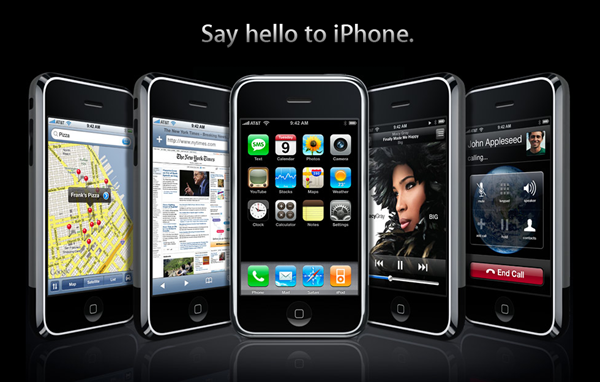 Christie goes on to say that Jobs gave his small team a simple ultimatum. Either they come up with something worth pursuing inside two weeks, or the iPhone project made its way to another team. Not deterred, Apple’s iPhone creators set about using an old PowerMac and a hodgepodge of other hardware to try and create an experience as close to that of a low-powered smartphone as they could. The rest, as they say, is history.

Jobs’ quest for perfection didn’t end after the initial decision to give the iPhone the green light though. The iPhone apparently continued to go through not inconsiderable changes even after it had been announced, with software in particular being chopped and changed in the six months between announcement and the shipping of the first real iPhone. A split-screened Mail was dumped in favor of the app we all use today, which was apparently a decision that came straight from Jobs himself – another sign of the man’s hands-on approach to product design. 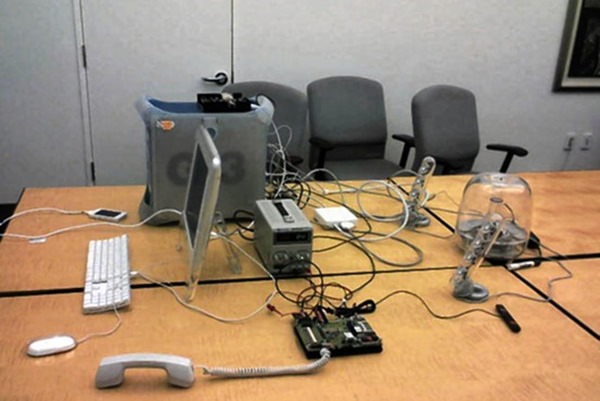 Regarding the secret room where the software for the original iPhone was developed:

The secret meeting room where most of the design decisions for the original iPhone’s software were made is “hallowed ground” to Greg Christie, who designs the software interface for Apple products and one of the first members recruited to work on the device in 2004.

It doesn’t mean that the windowless room, lit by fluorescent lights hanging from the ceiling, looked like anything special. Christie recalled the walls had signs of water damage from a flood in an adjacent bathroom. A few images covered the walls including one of Apple’s “Think Different” posters of famous graphic designer Paul Rand and another of a large chicken running around without its head.

The full Wall Street Journal interview with the man behind the iPhone is unfortunately behind a paywall, but if you do happen to be a subscriber and there’s one story you read today, we suggest you make it this one.

After all, it’s not very often we get such an insight into how something as game-changing as the iPhone came about.