Apple Developer Site Is Back Online!

After a lengthy eight day stretch of downtime, the Apple Dev Center is now finally back online, and so registered developers should be able to carry on about their business as usual. Late last week, it became apparent that systems were completely down, and after Apple stepped out and confirmed that it had been indeed subjected to a security breach, and that while all passwords and sensitive data were secure and out of reach of any hacker activity, it would be working on overhauling the system completely to prevent any such mishap from occurring in future. That initial memo was then followed by a server status update tool earlier this week, and now, just over a week after the Dev Center first went down, the main sections of the system are now back online. 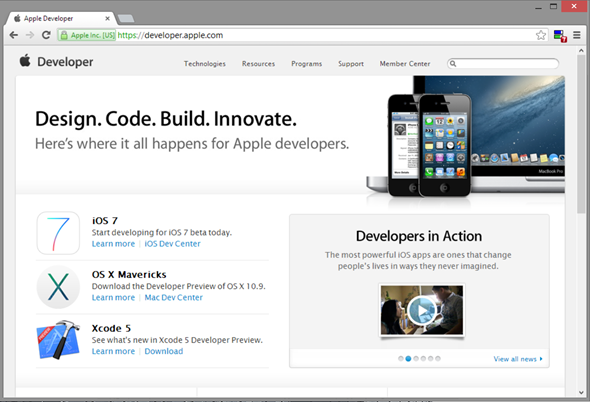 This breach in security has been more of an inconvenience as opposed to an issue causing any widespread panic, and with Apple having quite sensibly taken the downtime to deliver some impromptu server side security precautions, the Dev Center should now be more secure than ever before.

Certainly, these kinds of events are few and far between where Apple is concerned, and with partial restoration of the system having trickled out over the past 24 hours or so, the essential components of the system should now be running like clockwork. Certain areas within the Member Center section still remain down, but most registered developers should now be able to enjoy an uninterrupted service going forward, and we’d anticipate the Member Center to be hauled completely back online within the next couple of days at max.

While the three Dev Centers (Mac, iOS, Safari) are all back up, some parts of the site is still offline, as can be seen in this screenshot.

With iOS 7 and OS X 10.9 Mavericks on the horizon, this upheaval has been far from ideal, but with most of the services now seemingly fixed, developers can once again focus on these two pivotal upcoming releases from the Cupertino based company.

Currently, the Dev Center and its content looks exactly same as it did before going offline last week.