The current emphasis on Smart TV is significant, and although not every consumer is in ownership of one, vendors seem to be doing everything they can to turn your slightly mature HDTV into an all-singing, all-dancing, Web-ready portal. In a week that has seen Google launch the Chromecast dongle, Sky in the UK has just launched its own Web TV box for the tidy price of just £9.99. You can find more details right after the jump.

The little white box, which bears a striking resemblance to Apple TV (barring, of course, the color), offers access to the kind of content UK customers would find on the Cupertino’s alternative offering. With the NOW TV, as it is called, one can quickly catch up on the BBC’s latest programs through iPlayer, check the news through the BBC News app, or even hit up the likes of Spotify, Facebook and Flickr. Roku now has tough competition at hand!

Of course, big companies – particularly Sky – don’t tend to give things away for such dirt-cheap prices without some kind of subsidy, and Sky will be offering NOW TV customers a whole bunch of add-ons and subscriptions; some more tempting than others. Sky Movies, for example, which offers a relatively broad selection of recently released movies around the clock, costs £8.99 a month for the first three months, before asking you to pony up £15 a month thereafter. Certainly not bad, but if you’re looking for value, Netflix offers a broader choice. 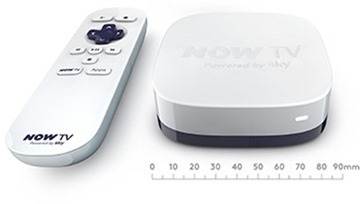 If you like your sports, you can sign up for the Sky Sports package, although Sky wants £9.99 for just 24 hours of access. If you found yourself paying for this more than once a month, you’d be much better off simply signing up to the standard Sky TV service, through which you can access most of the sports channels for under £50. 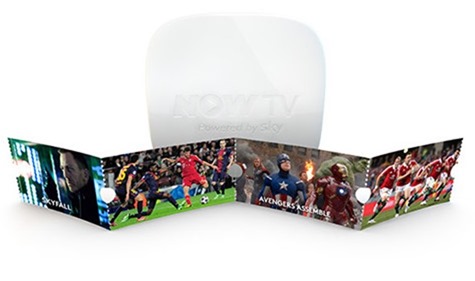 Still, with open access to Web services and Sky promising to add plenty more subscriptions in the future, it’s another option open to those feeling left out by the Smart TV boom. In my opinion, Sky’s offering could be expensive in the long-term, it’s still perhaps a better purchase than a Roku set-top box.

If you’re asking me, I would definitely recommend this over the Roku any time, if you’re living in the UK, of course. Face it, it’s cheaper upfront, and offers more over what Roku does in the UK. Keep in mind, this is not in any way an Apple TV competitor, since it does not offer AirPlay-like functionality, and quite a lot of other things.

If you’re interested, you can get more details by heading over to: shop.nowtv.com