If you’re familiar with iOS and iOS devices, you’re likely looking forward to iOS 5, the upcoming release of Apple’s mobile operating system. Some users were so eager to try out the new operating system that they resorted to download the OS without Apple’s permission. The company’s response to those users is “we’re after you”. 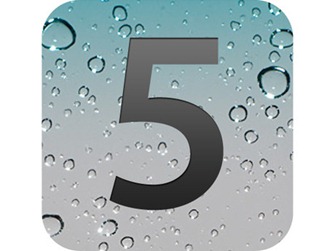 New in iOS 5, newly-configured devices now force users to click through a set up wizard in order to adjust some basic settings as well as activate the phone. Apple has taken advantage of this feature to prevent unauthorized users from being able to try out the new iOS 5 betas by simply denying the activation and rendering the device unusable unless it’s downgraded. This has led many to find a way around this system by paying an unauthorized website a mere £10 to authorize the user’s device ID with Apple and that way activate the device.

Apple is now cracking down on these websites in a pretty sweeping manner by simply disable the developer accounts of their owners. This won’t only knock them off Apple’s developer program, it will stop new activations of devices with unauthorized user IDs, depending on how effective Apple is at tracking down all of these unauthorized services, of course. Along with this, all unauthorized devices that have been activated using this method will be rendered completely useless.

If you’re currently using iOS 5 illegally, we suggest you to downgrade to iOS 4.3.5, the latest stable version of iOS, or iOS 4.3.3 if you want untethered jailbreak, or just obtain an Apple developer account. These accounts give registered users access to a wide array of developer-oriented documentation and tools, as well as pre-release version of iOS, including current and future builds of iOS 5. While they’re aiming at developers, a developer account is a must-have for any Apple enthusiast and will save you from the unnecessary and possibly dangerous task of handing out your unique device ID to a stranger.

iOS 5 is the next major release of the operating system that runs on iPhones, iPod touches and iPads. First announced at WWDC, at Apple’s developer conference, two months ago, iOS 5 includes several new features that have been long-awaited by iOS enthusiasts. The new iOS is scheduled to become available to regular users this fall.