Apple is now the international leading smartphone manufacturer, beating not only the 14-year old ex-king Nokia but also surpassing Samsung! 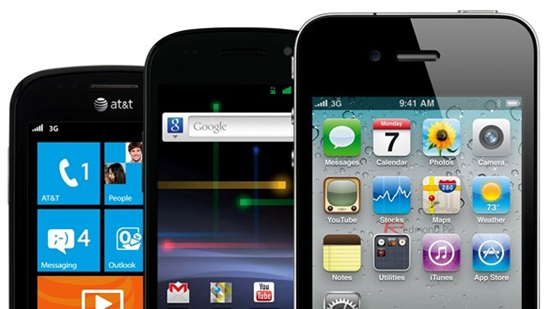 The news comes from a report published by market analysis firm IDC, according to which Apple’s shipment of over 20 million smartphones and 19.1% international market share means that Apple is now the king of the smartphone industry. This was accurately predicted over a month back by Nomura.

One can understand just how strong the iPhone brand is by looking at the fact that Apple only has two smartphones: the iPhone 3GS and iPhone 4 while other manufacturers like Samsung, HTC, RIM and Nokia sell a wide variety of smartphones for the same market.

Apple, hence, has jumped to the top with just two models in production, and it only took them four years to do so. Quiet a feat!

"There is no runaway leader in the market, which means there could easily be further Top 5 vendor changes to come.”

"The smartphone market crowned a new leader in 2Q11, and its name is Apple," said Ramon Llamas, senior research analyst with IDC’s Mobile Phone Technology and Trends team. […] Demand has been so strong that even models that have been out for one or two years are still being sought out. With an expected refresh later this year, volumes are set to reach higher levels."

Still, Apple’s lead over the 2nd largest smartphone manufacturer isn’t very significant. According to statistics for the 2nd quarter of 2011, Samsung Mobile holds 16.2% of the market whereas Apple: 19.1%.

Samsung’s mobile division is seeing great growth: their recently released Samsung Galaxy S II Android smartphone sold 5 million units in just 85 days. The GSII’s predecessor – the Galaxy S and its variants – also sold magnificently well. Samsung saw a growth of 380.6% between 2nd quarter of 2010 versus the same quarter for 2011 whereas Apple saw relatively less growth of 141.7% over the same period.

Samsung’s rapid growth ought to keep Apple on their toes.