Apple is taking an unusual step in the war again jailbreakers, and it’s not what you may think.

In the past, Apple has tried blocking jailbreakers by changing how iOS handles memory and has made changes to its mobile iOS in general many times. Now though they’re just trying to make life difficult even after you’ve jailbroken. 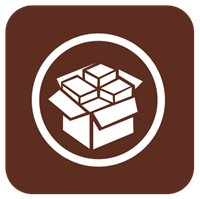 iPhoneDownloadBlog brings news that when attempting to access jailbreak App Store Cydia using an Apple Store’s WiFi, users are now finding the app loading Apple’s own website instead of the expected jailbreak goodness.

Of course this isn’t going to make the slightest bit of difference to the hardcore jailbreak community, but it’s interesting to see that Apple has taken these steps at all. By the time someone with a jailbroken iDevice access a WiFi hotspot, it’s a bit late to be trying to prove a point!

You go Apple, you sure told the jailbreakers there!