Next week will see the announcement of the new iPhone lineup for 2017 and one of the things I am excited about is actually not the hardware itself, but the software that will run on those new iPhones.

I am, of course, talking about iOS 11, and while it is true that the new 2017 models will ship with iOS 11 installed, those with older iPhones can also get in on the act by upgrading to the new software when it is released. 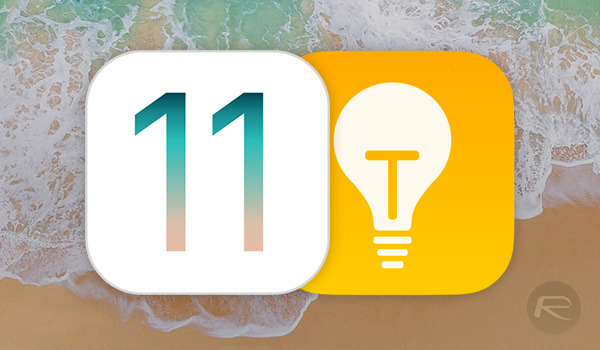 We expect that to happen in the days following September 12, and Apple is getting ready for the big move over to iOS 11 by making sure its users know just what to expect. Reports across social sites have Apple beginning to push tips related specifically to iOS 11 into the existing Tips app on iOS 10 that is installed on iPhones and iPads around the globe. These tips dig into iOS 11-specific features and changes that will be of benefit to device owners once they upgrade and Apple is keen to ensure there are as few surprises as possible once that happens.

Apple is so determined to make sure that users are prepared for the arrival of iOS 11 that it has also been sending push notifications to users urging them to check out what will be new once the software is installed – something that will no doubt upset those who already believe Apple’s use of its own notification system does not necessarily follow the guidelines it ensures third-party developers adhere to.

Regardless, users who may not have previously even known that a new revision of iOS is on the cards will now be better armed with knowledge as a result of the notifications, so that’s all fine with me!

If Apple follows previous patterns, we expect iOS 11 to be made available to the public on or around September 18 or 19, which is likely to be a couple of days before the new iPhones go on sale.