As a company, Apple has a lot of things to shout and wax lyrical about from a success perspective. Interbrand has just given Tim Cook’s company another positive cap in its feather by listing Apple as the world’s most valuable company for the fifth year running in its Best Global Brands ranking.

The company was up 3% from last year, with Interbrand’s valuation of the business sitting at $184.15 billion. 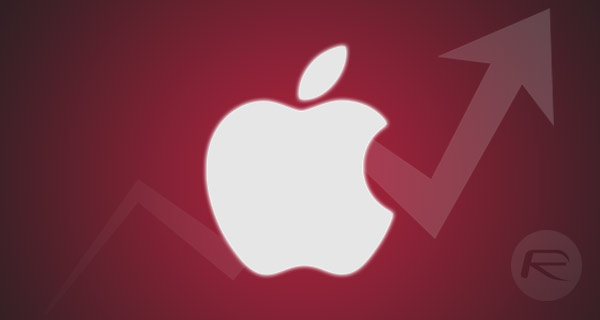 As we have come to expect now, the top five companies in the Interbrand list is dominated by technology businesses, with Apple, Google, and Microsoft coming in at number one, two, and three respectively. Google is sitting proudly in second place, up by 6% from last year’s valuation sitting at $141.70 billion.

Microsoft is currently taking the bronze medal in this particular race with a valuation of $79.99 billion, which represents a 10% rise from this time last year. Jeff Bezos’ Amazon is listed in the rankings as a Retail business, valued at $64.7 billion after a 29% year-on-year jump, but it could very well be classed as an emerging technology company due to its recent focus on releasing its own hardware.

Apple may actually be sitting at the top of the world’s most valuable brands thanks to a relatively small 3% growth in valuation, but that 3% was nowhere near enough to secure the company a place on Interbrand’s list of Growing Brands in the same index. Mark Zuckerberg’s social network Facebook sits at the top of that pedestal with a staggering growth of 48%. Amazon with 29%, Adobe with 19%, Adidas with 17%, and Starbucks with 16% growth are all leading that list with double-figure expansion.

In order to put this list together and come out with the valuations which ultimately determine a ranking of a business, Interbrand takes into consideration how specific branded products and services are performing financially, as well as how strong the brand is in actually influencing customers in making a purchasing decision. Interbrand also considers whether or not a brand is capable or strong enough in driving consumers to pay a premium price for products.

Being listed at the top of rankings such as this doesn’t exactly equate to financial success for Apple, but it does validate that the company is moving in the right direction and making the right decisions.