Apple has aired two brand-new TV ads pertaining to the iPad and the iPad mini. One, entitled "Alive", seeks to show just how useful the iPad is for tasks seen as beneficial to daily life, such as like education and exercise, while the other, “Together”, highlights just how much enjoyment groups of people can get through the sharing and multiplayer apps and games.

If anything, the ads once again outline the rich and diverse array of content the App Store has to offer, and although the format of the ads somewhat differ from the usual prose, there are plenty of flashes of superlatives throughout, the kind of which we’re accustomed to hearing from Cook, Schiller et al at WWDC. 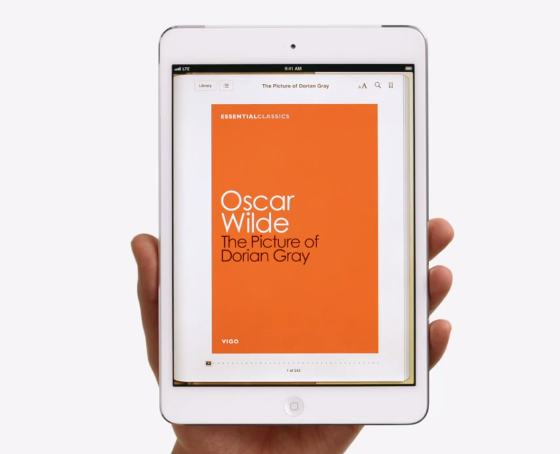 With almost 800,000 apps and games available over at the App Store, it’s the content that truly makes Apple’s devices tick, and although the Cupertino’s iDevice ads tend to focus on the gizmos themselves, this one is an almost pure celebration of the App Store. Whether you are a brainiac looking to discover how the human body works in great detail, if you are looking to learn the drums, or whether you just want to kick back and edit some photos: there’s always an app for that. 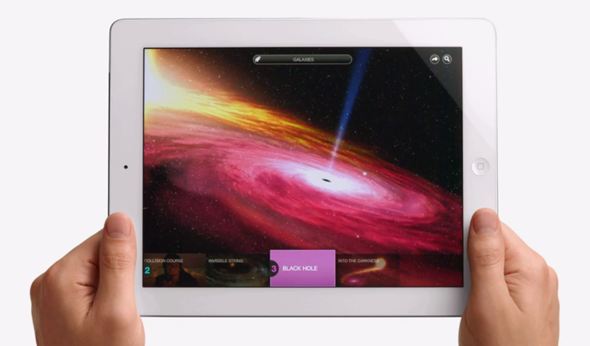 Still, having released a string of iPhone 5 ads, it was about time the iPad got a little more airtime, particularly with the 128GB model having just been added to the full-sized roster. There has, despite the drawbacks of a high price and lack of a Retina display (among other shortfalls), been a strong interest in the iPad mini, and although traditionalists would like to think the larger device is still the centerpiece, it’s certainly a distinct possibility that these two may soon be presented on something of an even keel.

The iPad has, in its short lifespan, been seen largely as a consumption device for gaming, browsing the web, social networking, and so forth. But that is certainly changing as schools, colleges, and businesses look to utilize the device for their everyday needs, and these ads will only but help the iPad to be taken even more seriously among those aforementioned groups and their respective subjects.