There’s always going to be an explicit separation between those smartphone loving individuals who prefer iOS over Android. Apple has been making an effort recently to entice and make it as easy as possible for Android owners to move across to Apple’s ecosystem, but there will always be those who simply prefer Android. Some users, as you’d expect, will be “fence sitters” and regularly switch between the two looking for a new feature or something that appeals to them, such as the availability of Android app launchers. Now, thanks to an updated jailbreak tweak for iOS, the ability to get immediate access to Android-like app drawer full of installed apps is available on iOS 9.

Called AppDrawer, the tweak essentially replicates a very handy little integration from the Android platform that people tend to find very useful. The installation itself is effectively its own little application that houses all of the installed first and third-party apps. The idea being to provide a single centralized location where all applications can be quickly indexed and displayed in alphabetical order for easy access. 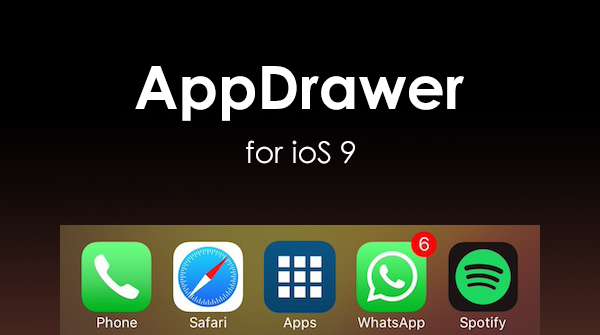 The developer behind AppDrawer does an excellent job of replicating the Android feature whilst maintaining the visuals and aesthetics of Apple’s iOS. There’s nothing worse than a port of a feature which offers the same functionality, but destroys the feel of the OS in the process. Those installing AppDrawer will be provided with a Home screen app icon that then invokes an application containing an alphabetical list of all apps installed on the device. The user can then seamlessly search through these apps and launch them as normal. 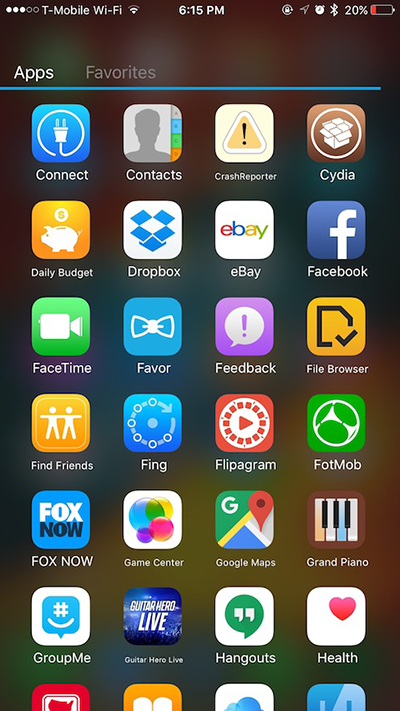 Additional settings allow device owners to create a Favorites list of installed applications which is then accessible via a dedicated tab within AppDrawer. There’s also the ability to remove apps that you don’t wish to be displayed in the drawer at all. At the moment, the current version of AppDrawer supports all iPhones running iOS 8.0 or above. There is chatter that a future version will bring full iPad support to the table, but there’s no timescales on when that will actually happen. 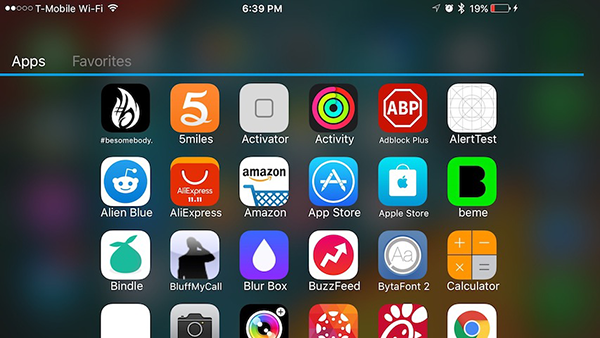 The latest iOS 9-compatible version of AppDrawer is available to download for $1.99 right now from the BigBoss repo in Cydia.