We never truly know what a new iPhone will offer until it is shown off on-stage in September, but we do have a good inkling as to what at least one of this year’s handsets will offer. That’s a triple-camera setup, and we’ve now been treated to another render of what that might look like.

The rumors we’ve been hearing for weeks now already have Apple launching a phone with a square camera bump on its rear, with the three lenses arranged in a triangle configuration. That’s exactly what this new render shows, courtesy of OnLeaks’ Steve Hemmerstoffer and the site he’s teamed up with – Indian site Cashkaro. 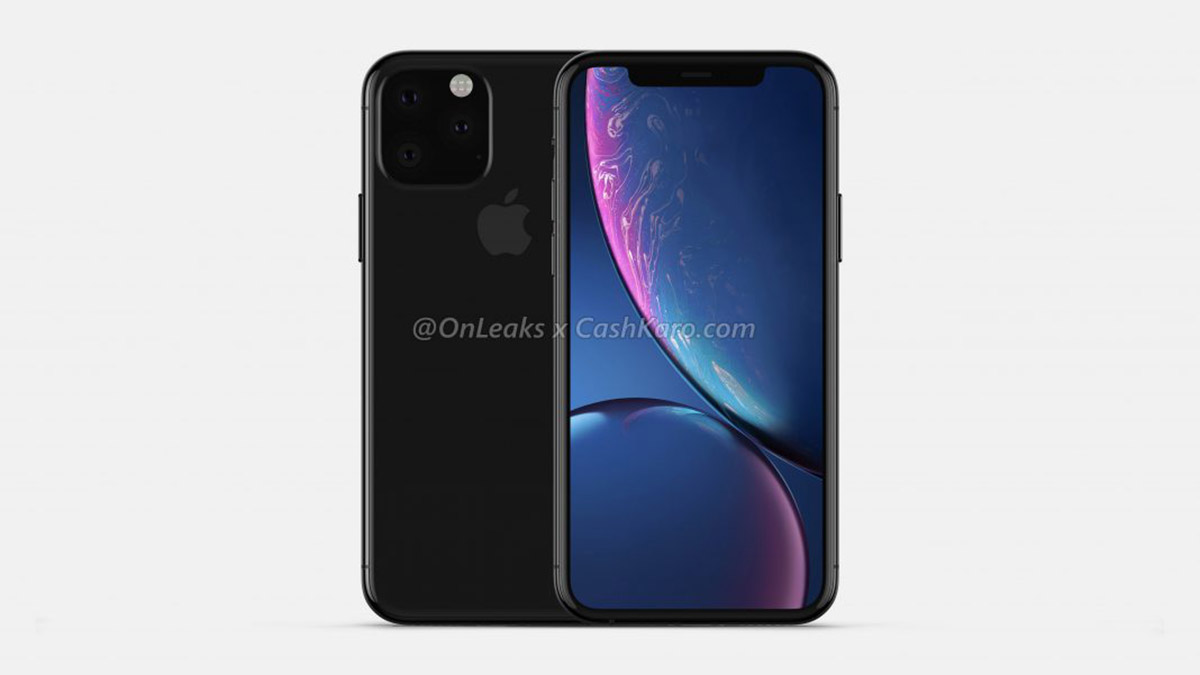 The renders look similar to ones we’ve seen before, especially where that camera bump is concerned. The info provided says we will see an iPhone XS successor with the same 5.8-inch display that will have bezels that are “almost indistinguishable” from the ones we previously had on the 2018 flagship handset.

The above images confirm that the iPhone XI’s display will be similar to iPhone XS, which was launched last year. It has a 5.8-inch display along with the same notch and bezels as iPhone XS. However, the thickness of the notch and bezels have been reduced which is almost indistinguishable.

However, the new rear panel will be made of a single piece of glass that includes the camera bump, rather than there being multiple pieces involved.

Over all, we’re already starting to build a pretty good picture of what at least one of the 2019 iPhones will look like and what its camera system will include, but until someone at Apple shows one on-stage at an announcement event, we’re going to suggest caution be exercised. That’s always the case with renders and leaks, at least until the evidence becomes overwhelmingly consistent as we edge closer to the big day.