Some have argued that Google has made a bit of a mess of its Ice Cream Sandwich release. After all, unlike closest rival Apple, which ported its latest mobile OS throughout the entire (hardware competent) iDevice range, many, many decent devices across the expansive range of Android smartphones (Nexus One, LG Optimus X, HTC Desire HD, to name a few) will be limited to the crumbs of Gingerbread – much to the annoyance of many Droidsters. 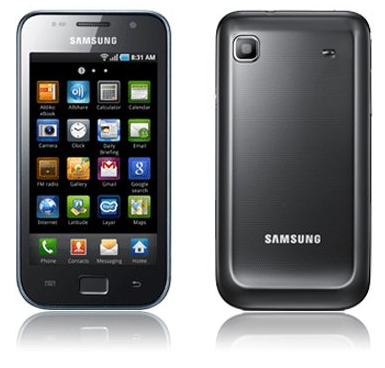 With the aforementioned devices only between a year and 18 months old, it seems the lifespan of a typical smartphone getting shorter by the minute. Thus, in most cases, it’s up to the nous and initiative of developers to port Ice Cream Sandwich through to such devices, allowing many more to experience the Big G’s latest, and supposedly greatest mobile operating platform, to date.

XDA-Developers is renowned for finding new inroads, hacks and advances in mobile software, and various members have ported ICS through to quite a few devices already – with improvements being made everyday. The Samsung Galaxy SL i9003 is the latest to be added to this list, and although it provides limited functionality, it boots, which is the first stage in the quest for a fully-fledged port. Check the following video out for more:

The XDA blog reckons it’s "at almost pre-alpha" stage, with only half of the touchscreen functioning after the boot – and not a great deal else going on. Having said that, the blog continues that the willpower and determination of the site’s devs will see more advances in the near future, and who could argue with that forecast – what with strong progress already having been made on the Nexus S amongst others, as well as the fact that a large chunk of rooting progress originates from XDA.

The ROM is strictly limited to those who know what they’re doing and can aid the project. Those interested in the port should head over to this thread.