Every once in a while, an app appears on the App Store that brings something new and exciting to the table. Realmac Software’s Clear to-do app was exactly that, making us realize that bringing a degree of organization to our lives doesn’t necessitate a clunky, over-the-top interface packing scores of features. That same company recently changed things up with a brand new photo-taking app called Analog Camera – which was teased a while back – which once again strongly emphasizes clean, effective and minimalistic design. More details after the break!

What makes Analog Camera such a winner is its violent simplicity. Like Clear, which was laden with easy-to-navigate gestures throughout, Analog Camera’s sole intention is to bring an element of enjoyment to the process of taking pictures. 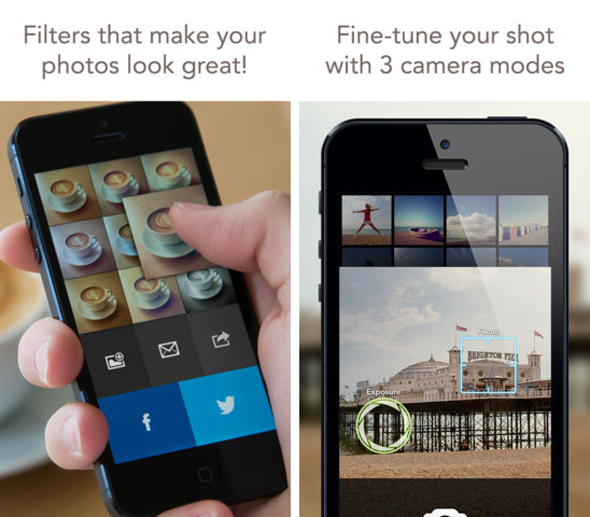 In a world where literally thousands of camera apps are readily available at the disposal of the masses, there’s no doubt that Realmac is dipping its toes into an excruciatingly crowded market. Recognizing that run-of-the-mill probably won’t cut it, the developer has instead sought to take things back with a clean, no-frills interface which is still somehow enchanting.

Once you’ve taken your photo, you can add any from a plethora of Instagram-like filters, and although this is something everybody seems to be doing right now, there’s a certain charm and finesse about planting these overlays over your precious photos in Analog Camera.

The different camera modes allow you to easily tweak your image to look exactly as you would like it, and while it’s perhaps not as feature-rich as some of the other competing apps out there, I challenge you to find one that makes the process more pleasurable than Analog Camera. 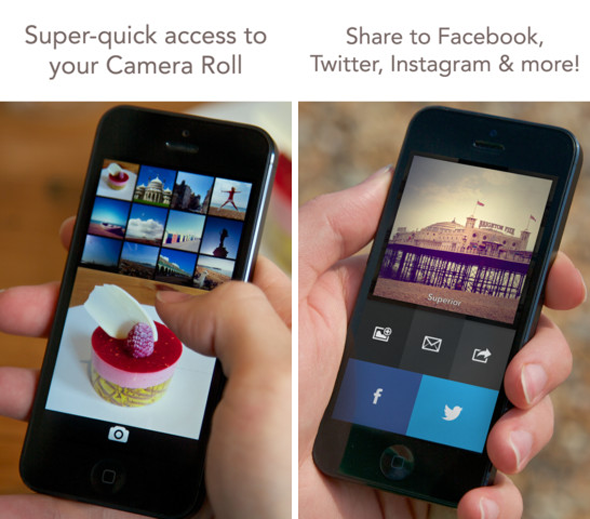 It’s available over at the iOS App Store for just 99 cents, and having used it for a good couple of hours, I think it’s an investment worth making. If you want something a little different, something that breaks from convention somewhat, then I highly suggest you give Analog Camera a shout.

Grab it from the link provided, and be sure to leave your thoughts in the comments section.

(Download: Analog Camera for iPhone on the App Store)