New Gmail For Web, iPhone And Android Announced With A Cleaner And Simple UI [VIDEO]

Gmail is widely considered to be one of the best email services going, and one of the main reasons for its continued success is the fact that Google has been resilient in updating and improving it over the past nine years. Today, the Big G has announced new services for both desktop and mobile which aim to "put you back in control."

As pointed out in the blog post detailing the new Gmail features, the modern Digital Age sees many of us facing a constant barrage of emails and messages, with a daily struggle leaving the vast majority unable to make head nor tail of anything. Google wants to make everything nice and simple, and these new solutions are at the heart of these desires.

Seeing as the vast majority of Gmail users sift through their emails on either their computers or mobile devices, the new inbox should have you well covered. On desktop, the new inbox will group your mail into specially tailored categories separated by clearly marked tabs. When you first dive in, you can hand-pick your the tabs you wish to keep, and within a couple of minutes, you’ll already be enjoying a much more functional Gmail experience.

It means that you won’t be needing to spend copious amounts of time trying to find the content you want and need, since everything is automatically divided at a glance making the process of dealing with the daily email grind just that little bit less cumbersome.

Moving things around is just a case of dragging and dropping, and although the Web version is not bad as is, the changes are more than welcome.

When strictly compared to Microsoft’s Outlook.com offering, the changes are somewhat significant. Despite both offering the same amount of features and simplicity – in its current form – it’s about time Gmail has stepped up its game to simplify things across the board. That includes the ease of access and the amount of time it takes to compose a new email message to the point of sending it over to the other recipient. I would somewhat rate Gmail and Outlook.com equally, since it’s all about preference. The final choice of service ultimately lies in the hands of the end-user. I’m a Gmail guy, and it serves me well throughout. 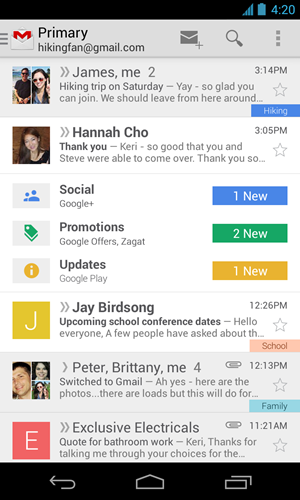 Meanwhile, Gmail for Android and iOS is a similarly tabbed experience, but if the tabs aren’t your thing, you can easily remove them from sight. This will revert you back to the classic view, and this ability to stick with what you’re already accustomed to is one of the main reasons why Gmail has remained so popular. 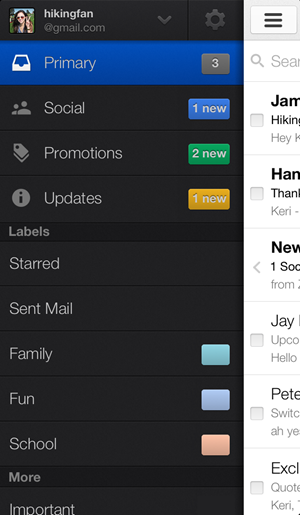 Changes never seem beset upon the user, rather presented as an idea which can then be tried and tested, so if you want to give the new features a shot, keep a look out for these new enhancements.

Gmail desktop will be rolling out in due course, and the mobile versions will drop in the next couple of weeks. We’ll keep you in the loop, so stay tuned!