Amazon Go Reinvents Grocery Store, Lets You Pickup Goods And Walk Out – No Checkouts, No Lines

Oh Amazon. Bless you and your determination to make buying groceries less of a chore and more of a technological marvel.

We already thank you for Prime and Prime Now, and it looks like we can potentially add Amazon Go to the mix. Announced by the company today, Amazon Go is a retail store of sorts that would allow buyers to turn up, choose their products, throw them in a basket and then walk out the door all without ever waiting in line to checkout or actually paying for anything at the cashier. 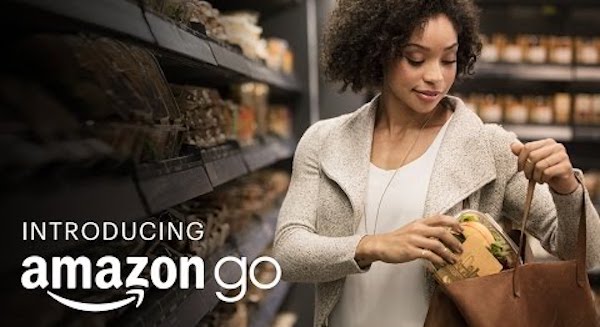 Of course, this being Amazon, nothing is for free. Orders will, apparently, be charged when a buyer leaves the store which makes plenty of sense, and products will be added to a digital cart automatically as they are added to a physical one in the store thanks to the magic of 2016’s biggest buzz word(s) – machine learning.

Apparently, the stores will sell ready-made food, bread and milk, as well as other day-to-day grocery products. Amazon claims that its stores will be approximately 1,800 square feet in size which makes them comparatively small beside traditional supermarkets.

Still, this is Amazon so we expect there to be some fancy in-store logistics going on in order to pack as many products into that footprint as possible.

Whilst still a concept, Amazon already has its first Amazon Go store located at 2131 7th Ave, Seattle, WA, on the corner of 7th Avenue and Blanchard Street opened to its own employees in beta program, with a more public opening scheduled for as soon as early 2017. Whether it will live up to Amazon’s bold claims remains to be seen, but grocery products as well as ready-made meals will be available at the stores whenever they open to public.