Alpine has finally launched an aftermarket in-dash receiver for cars that supports Apple’s CarPlay for iPhone users. It was Pioneer that first offered an aftermarket receiver that was able to support CarPlay in any car. The Alpine iLX-007 is the company’s first such venture, and we take a look at what it has to offer.

Earlier, CarPlay was only featured in receivers that shipped with only the newer and latest models of certain car manufacturers, till Pioneer launched its CarPlay supporting aftermarket offering. Users can now use CarPlay in cars that could range from a 1965 Ford Mustang to a 2014 Toyota Prius. Alpine having just joined the party with its new offering is still one of the first to offer a supporting receiver. 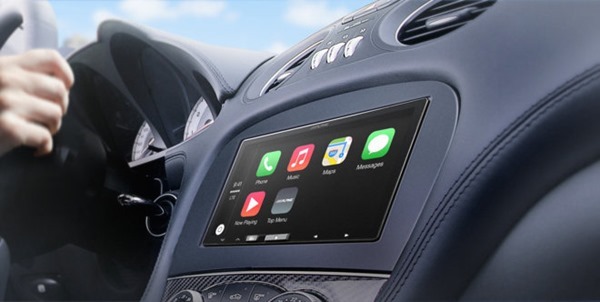 While the CarPlay-compatible receivers from Pioneer were car stereo systems that were compatible with CarPlay as well via firmware updates, Alpine has an entirely different approach to CarPlay with the iLX-007. Sporting a 7-inch capacitive touch-screen display, the receiver skips on features such as a CD/DVD drive and microSD card slot that can be found in the Pioneer NEX models. Selling at a strikingly lower price point at $800 compared to the $1,400 Pioneer NEX8000, Alpine believes that users looking to add CarPlay to their vehicles may not want or need all these extra media storage supports.

Translating this philosophy, Alpine looks to offer a payer that centers around the content on your iPhone from apps like Phone, Music, Maps and Messages. Streamlined for an iPhone like experience, the receiver also sports a prominent Siri dedicated button as well. 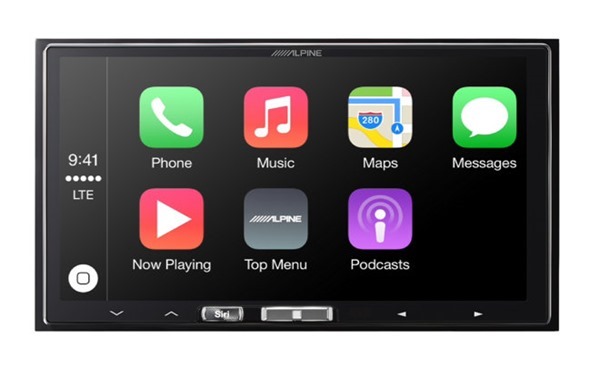 Alpine iLX-007 is compatible with the iPhone 6, 6 Plus, 5, 5s running iOS 7 or above. And as you can see from the list of supported devices, only the ones with a Lightning port are supported, so if you’re in the ownership of an iPhone 4s, then it’s time to upgrade that before you jump towards Alpine’s receiver.

Just for the sake of having features, the Alpine iLX-007 features extra little nuggets too, like support for rear facing cameras in a vehicle, so that’s that.

Currently, CarPlay supports iPhone apps including, Phone, Music, Maps, Messages and Podcasts. In addition to that iHeartRadio, Spotify, and Rdio are also supported with support for other services such as Beats Music, MLB At Bar, Sticher and CBS New Radio also promised.