The lack of any kind of official information from Apple certainly isn’t going to stop the wider community from speculating on what we can potentially expect when the next-generation iPhone hits the market later this year. We’ve already been privy to a fair bit of conjecture emanating from the social media world, and if this latest leaked image is anything to go by, then it doesn’t look as though that’s going to slow down anytime soon. Finding its way into the public domain via Chinese social media site Weibo, this latest leaked photograph purports to show a rear shell of Apple’s upcoming iPhone 7 with some interesting things to note.

On first glance, the image doesn’t exactly put the cat amongst the pigeons by deviating massively from what we thought we already knew about the overarching design of the iPhone 7. The shell looks to take the same overall size and shape of the current iPhone 6s model, but does open up some interesting questions when you look a little deeper.

For instance, the camera lens and LED flash apertures are separated by two very noticeable openings, with one being larger than the other. Apple’s current model iPhone only has one of these apertures for the rear microphone.

At this stage, we can only speculate that the secondary hole in the rear of the device could still be microphone related, but designed to be part of a stereo recording system. That in itself raises a couple of additional questions. First of all, there’s no instant answer as to why both apertures would be different sizes if that was the case. Secondly, the existence of the secondary opening goes against previously leaked schematics that we’ve seen that have generally been accepted as being genuine production blueprints from Apple’s official supply chain. 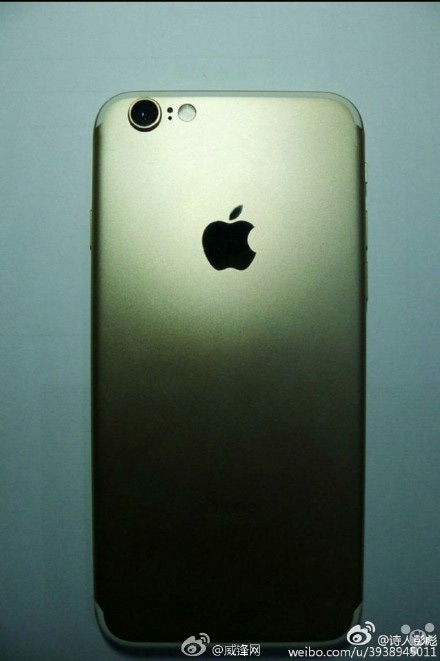 One thing that these leaks do seem to agree on is that Apple will look to improve the overall look of the rear of the iPhone 7 by redesigning the antenna bands. Rather than wrap around the device and breaking up the single flow of the case, the iPhone 7 looks to have the antenna located at the top and bottom of the phone for a more seamless design experience. Earlier leaks have seen the band extend till the edges, but it appears that’s not the case anymore. 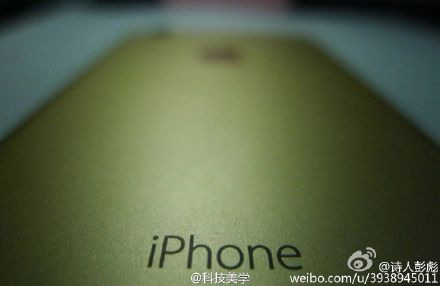 Interestingly, this image via Weibo doesn’t seem to show the existence of Apple’s new Smart Connector that would allow the iPhone 7 to function with a slew of new smart accessories. Maybe saved purely for the larger iPhone 7 Plus/Pro? Time will tell on that one.