We have to officially wait until this fall for Apple to introduce the next-generation iPhone, but that doesn’t mean that speculation isn’t going to come thick and fast between now and then. We’ve already been privy to a number of reports and conjectures about what the iPhone 7 could bring to market, but now we’re seeing a new leak containing a photo that is said to be of a preproduction iPhone 7 dummy unit giving us a little additional insight into what Apple could be planning for this year’s device launch.

Before we go into additional detail on what the photograph potentially tells us, it’s worth noting that the image has been thrust into the public domain via an unverified source. There is a potential for this to be fake, but with that said, it does actually potentially indulge into a few rumors that we’ve heard in the past.

First and foremost, the image clearly shows that the antenna bands that are present on the iPhone 6s and iPhone 6s Plus have been removed. That allows for a full, unbroken rear surface of the device. The removal of the antenna bands is something that has been speculated for quite a while.

In addition to the removal of the antenna bands, the published visual also seems to suggest that Apple will borrow some inspiration from the iPad Pro by integrating a Smart Connector port onto the rear of the iPhone 7 and iPhone 7 Plus. This would allow a new breed of smart accessories to be connected to the device, such as Apple’s Smart Keyboard. Of course, there’s always the potential that this could be used for wireless charging or to connect additional battery packs.

The unverified photo also suggests that Apple will go through the processes required to make the camera lens flush with the shell of the phone. This would be extremely good news for those iPhone owners who dislike the fact that the camera lens currently protrudes from the rear of the current-generation devices. Interestingly the camera sensor doesn’t appear to be a larger one as has been rumored for a while now. 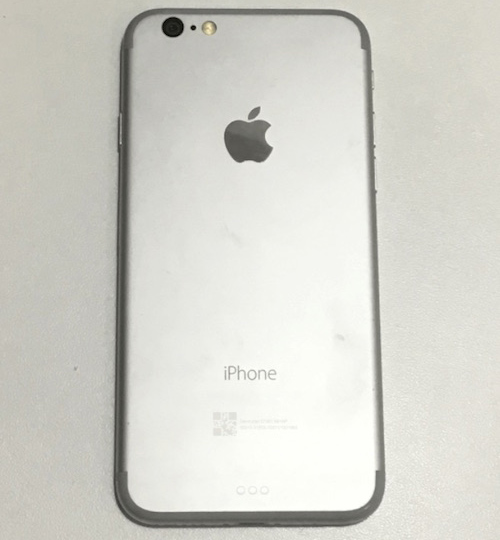 Upon a much closer look at the bottom of the phone, we can easily make out the existence of the Lightning port, but whether the 3.5mm headphone jack has been pulled or not remains unclear. What is visible however, is the presence of just one speaker grill, and not an additional one for a stereo-speaker setup as has been speculated previously.

If real, the image does provide us with a fairly good insight into what could potentially be introduced with the iPhone 7 later this year. We’re already resigned to the fact that the device will remain largely similar in terms of physical size to what we already have, but even with this image there are still some questions to answer about the camera system, stereo speakers, and whether or not the phone will ship without a headphone jack.