One of the problems with new and emerging technology is that when it suddenly takes off and makes a big splash, it’s generally only accessible to those individuals who have deep pockets and the financial means to embrace it. The current emphasis and explosion of virtual reality tech has managed to capture the imagination of consumers, but hardware like the Oculus Rift and HTC Vive, as well as the accompanying systems required to run them, are almost instantly priced out of the range of the average technology fan. Step forward the likes of Google Cardboard and the Samsung Gear VR as an affordable option. And now, thanks to an app called VRidge, there’s a system in place that allows games and demos to be played on Google’s cheap and affordable Cardboard-based headsets.

The VRidge idea is actually a stroke of genius. The system is based on the fact that modern smartphones have screens that are sharp enough to replicate virtual reality content. Those same smartphones are also packed full of sensors that allow things like motion tracking, and have embedded processors and internal specifications that provide enough computing power to handle the constantly recurring video without falling over and giving up the ghost. On that basis, VRidge by RiftCat is looking to adapt the stereoscopic output and head-tracking input to allow Oculus Rift-compatible games to be played on a cheaper VR viewer such as the Google Cardboard. 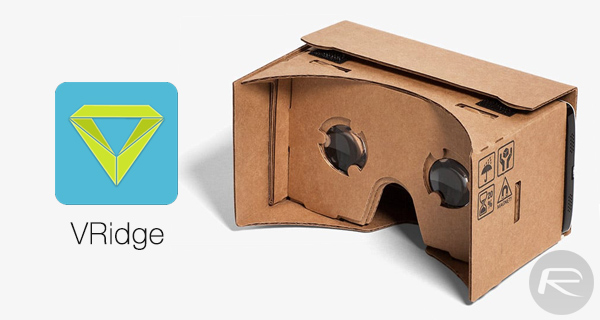 In case you’re worrying that it replaces cost with complex setup processes, then you’d be wrong. In fact, getting up and running with VRidge is actually fairly simple. Users are asked to download and install a server program on a PC before connecting the app over the local Wi-Fi network. Gamers can then launch a demo title provided directly by RiftCat, or choose to invoke a compatible game, including those from Steam or Oculus library, that is already installed on a PC running the server program. The app on the smartphone will then take over and do the rest in conjunction with the affordable VR viewer, such as Google Cardboard.

Anyone going down this route will need to remember that the experience isn’t exactly what you would call perfect with the app being in a beta state for now. Some connected smartphones will lack the visual clarity and display performance to make this a perfect experience. Some users will also be a little put off by the fact that they may actually have to hold the viewer in place and play the game one-handed, or concoct some kind of home-brew strap system if the headset comes without a headband of sorts. 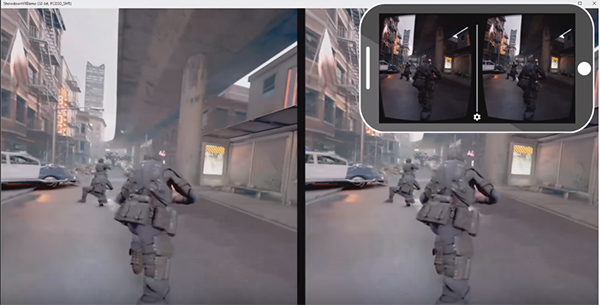 RiftCat is also aware of a number of issues with this beta, and is of course trying to work through solving them. For additional information, including minimum requirements, head over to the official page at riftcat.com/vridge.