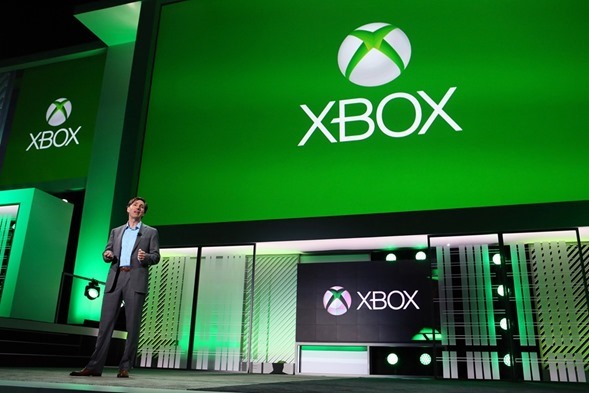 One game that caught our eye, though not an exclusive, is Metal Gear Solid V: The Phantom Pain. We’re huge, huge fans of the Metal Gear series here at Redmond Pie, and MGS4 was possibly one of our favorite games of the current generation. The prospect of playing a next generation title has us more than a little bit excited, and the Xbox One will be joining the PS4 in playing host to the next Metal Gear Solid title.

It was also announced that the title ‘World of Tanks’ is coming to the Xbox 360, which is its first ever debut on the console, after being a exclusive title for PC gamers for a long time. It will be a free-for-all affair for Xbox LIVE Gold members.

On the other end of the scale, it was announced that Minecraft will also be putting in an appearance on the Xbox One. While certainly not the huge franchise that Metal Gear is, there’s no doubting Minecraft’s appeal, and we’re promised expanded multiplayer features using the power of Xbox LIVE when the title shows up on Microsoft’s next generation hardware.

There will also be a new Halo game next year, though Microsoft is predictably keeping news on that one close to its chest. What we do know is that the title will reportedly run at a buttery 60 frames per second, and will use "the power and flexibility of Xbox One." That’ll do us, chaps!

Insomniac also announced Sunset Overdrive for the Xbox One, which is an open world shooter, and it morphs itself with time, offering a new experience every new day.

Forza Motorsport 5 was also unveiled, again, which was originally revealed back when the Xbox One was shown off to the world for the first time.

Creators of Max Payne have revealed an all-new, exclusive title for the Xbox One, named Quantum Break. The game trailer is a mega mystery, but still, we’re certain that it would be a cool game to play.

Crimson Dragon, The Witcher 3: Wild Hunt and Dead Rising 3 were also announced, all of which are Xbox One exclusive titles.

Titanfall for Xbox One, PC and Xbox 360 was also announced, which is a Call of Duty style shooter packed with guns and explosions to keep you busy for a whole day.

Those old enough to remember what some would call the golden age of gaming will remember Killer Instinct, and the monster orientated fighter makes its return as an Xbox One exclusive. Beyond the obvious nostalgia though, we must confess to being a little underwhelmed at the prospect. We’d rather have heard about a new Gears of War game, but alas, that just wasn’t to be.

Instead, Crytek’s Ryse: Son of Rome was demoed and was confirmed as an Xbox One launch title. A technical feat, we’ve got high hopes for Ryse. Let’s hope we’re not let down.

Battlefield 4 also got some air time. And yup, it’s got some killer graphics and gameplay.

Kinect Sports Rivals was also announced, and to put it in simple words; it’s awesome. If you’re a fan of Kinect, then you’re gonna love this one. Check out the trailer below and you’ll know what we’re talking about.

If you fancy Gears of Wars, then you’re going to love Lost Planet 3. Featuring intense multiplayer options and a stunning single player mode, this title is worth checking out.

Apart from the games, Microsoft also announced a new, redesigned Xbox 360. Also, Microsoft announced that it will give away 2 free games every month to Xbox LIVE Gold subscribers.