Remember when the original iPhone was launched in 2007 and you were blown away by the fact that it was an advanced mobile phone, a media player and an iPod all mashed together into one beautiful device? Remember when you were listening to music and you turned the device into landscape orientation for the first time and the UI morphed into a beautiful Cover Flow of the available album artwork? Even if that wasn’t enough to make your jaw hit the floor, when I saw a friend’s iPhone do that, it was enough to make me rush out and buy one right away. 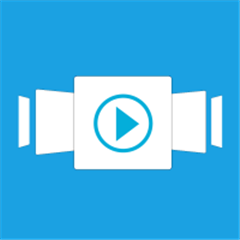 Fast forward nearly five years and an application available on the Windows Phone Marketplace now brings the same Cover Flow-type functionality, although for obvious reasons they aren’t calling it that. AlbumFlow was originally launched on the Marketplace towards the back end of last month and allows Windows Phone owners to choose and play tracks directly from the device’s music library, all presented in a beautiful and intuitive ‘flow‘ of album covers. 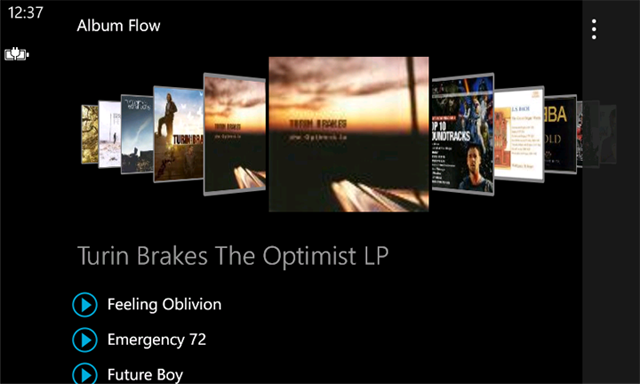 As a user, you can do all of the things you would expect like use flick type gestures to scroll through the album covers and choose one by tapping which initiates playback of that particular song or album. The application allows you to view all of the music which has been imported to your library which has embedded cover art and displays it across the top of the screen in a format what the developers refer to as a ‘flow‘.

With an application such as this, there isn’t a great deal that can added which hasn’t already been covered in the iOS implementation of effectively the same thing, however it is a very polished app. When flicking through the album covers, you are greeted with a very smooth and eye catching 3D effect with a track list made visible to the user for each highlighted album cover. The initial AlbumFlow application was sent to the Marketplace on January 27th with the latest update coming a week ago adding code enhancements to improve the integrated slider and also the addition of the ability to play albums and not just single tracks. 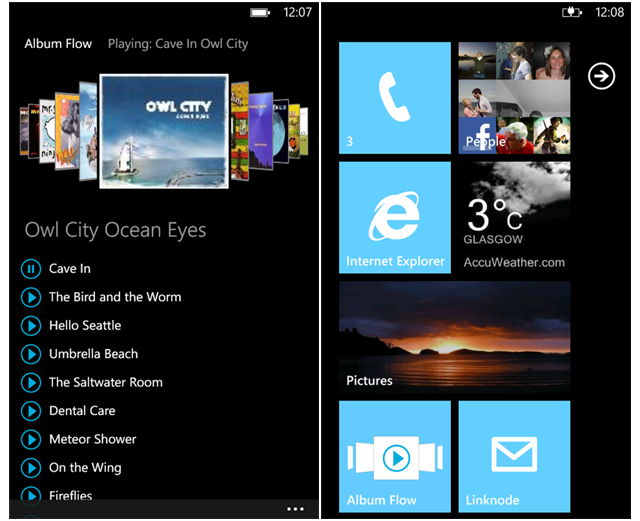 AlbumFlow is a free of charge application developed by linknode Ltd and is available for devices running Windows Phone 7.5 or higher.