If you’re the kind of person who still find themselves being given the odd business card or three, then you’re going to be pleased to learn that Adobe Scan, the company’s document scanning app, today received an update that adds the ability to capture business cards and then turn them into in-device contacts.

Adobe says that the new feature is made possible thanks to AI enhancements afforded by the company’s Sensei machine learning platform. 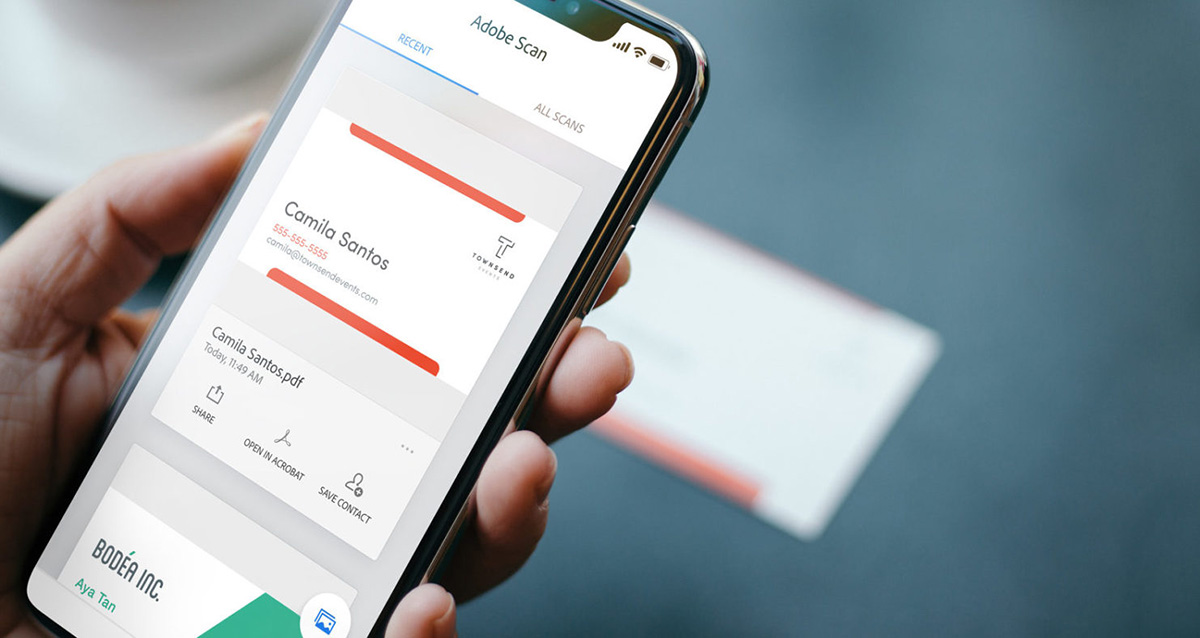 Thanks to Sensei, Adobe Scan can recognize a business card once it is placed in front of a phone’s camera, with a Save Contact button presented to allow the user to suck the card’s data right into their on-device contacts list for use later. This data includes the person’s name, company, email address, and phone number as well as any image that is found on the card.

That new Sensei machine learning also means that the app can take the business card’s scanned image and then work to correct any shadows or distortion that may be in place and it even goes so far as to remove any fingers that may have been captured when the image was taken.

The updated Adobe Scan app was announced alongside new PDF creation tools specifically for use with Microsoft Office 365. The new shortcuts allow users of Microsoft’s Office apps to convert documents to PDF and back right from the ribbon of whichever app they are using.

If you’re in the business of receiving business cards, then the Adobe Scan app can be downloaded from the App Store and Google Play Store right now and it is free, too.

Check out the new feature in action in the video below.