Adobe today expressed details of its upcoming Flash Player 11 and AIR 3 which the software maker has said will offer development of  high-end, 3D-intensive games on smartphone and tablet devices alike. 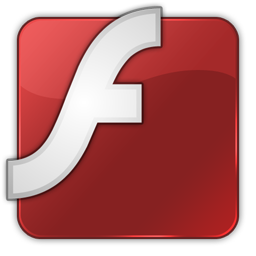 The company’s very latest AIR and Flash Player software will enable developers to unleash their mastery across the likes of OS X, Android, RIM BlackBerry, Windows and connected TVs, to name a few. However, because Flash and Apple famously don’t mix, iOS will be limited only to AIR 3.

Unfortunately, or fortunately, depending on which side of the fence you reside, Apple has never really taken to Adobe’s Flash Player, which is not implemented on iOS devices and is used sparingly on the Mac. Last April, the fruit company’s former CEO, Steve Jobs, publicly slandered Flash in an letter published, stating that the technology is outdated and unsuitable for computing in the modern era. Instead, the Cupertino company is looking ahead to the more versatile HTML-5; "We’re just trying to make great products," noted Jobs at last year’s AllThingsD conference. "We don’t think Flash makes a great product, so we’re leaving it out. Instead, we’re going to focus on technologies that are in ascendancy."

The 2009 introduction of the iPhone 3GS, which was armed with a 600MHz ARM Cortex processor, could possibly be cited as the period when smartphone gaming really made a name for itself. The advances in hardware and development enabled a more console-esque experience to be enjoyed on-the-go, and prompted many of the major players in the game development world such as Gameloft and EA, to eagerly migrate over to the App Store and begin reproducing favorites such as Rainbow Six and FIFA for iOS.

Adobe has billed Flash Player 11 and AIR 3 as the "game console for the Web," as the collaboration will allow 2D and 3D games to be enjoyed across the net on "nearly all PCs and many other devices."

The duo will bring full hardware-accelerated rendering for 2D and 3D graphics, enabling  1,000 times faster rendering performance over their respective predecessors. Smooth 60 FPS rendering will give developers the capacity to deliver console-quality games surpassing anything currently available on a mobile device.

The video below demonstrates the runtime capabilities of the new technologies, and certainly makes for an exciting prospect if, like me, you find yourself getting lost in a game (or ten) on your smartphone:

Both Flash Player 11 and Air 3 are expected to be available to the public during early October.