Software development is like any other profession in which sometimes a piece of work can be completed and distributed that you are entirely happy with, but as time progresses and feedback from users comes in, it becomes apparent that you could have done things a bit better or made improvements to certain aspects of your product. It is that constant striving for improvement and enhanced usability that generally sets good developers apart from the great ones.

The above certainly applies in this instance with developer Chris Kant recently gaining some attention for releasing his Swipe Navigation for Music tweak into the Cydia store which allowed users to perform swipes to control track selection within the Music and iPod applications. The production of the tweak was something of a rocky ride and although I ultimately found  it a well polished piece of work, the first version I downloaded was buggy and I felt it could have been easily improved in certain areas. 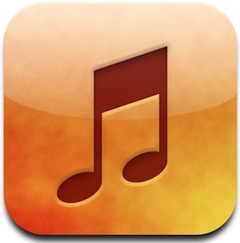 It would seem that Kant has agreed with that assessment and has taken the liberty of creating ‘MusicGestures’ which offers the same core functionality as his previous tweak, but then builds upon and adds a more comprehensive feature set. Chris describes the release of MusicGestures as a "more powerful tweak" which not only allows music control via gestures but also extensive customization. It his intention that this tweak supersede his previous release and is offered free of charge for iOS 4 and above devices. 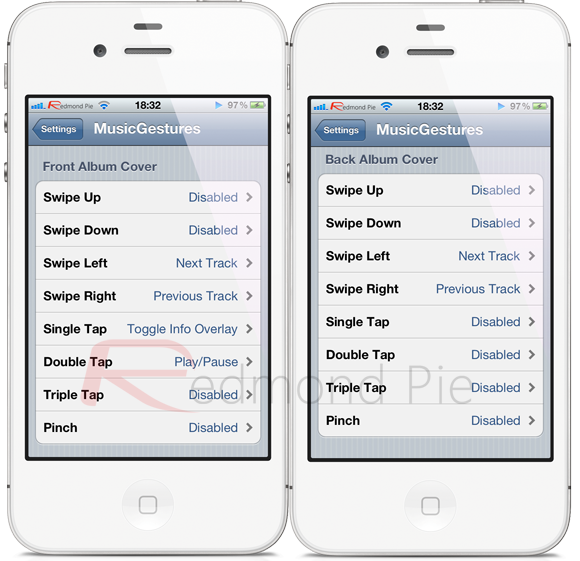 The tweak now has its own dedicated preferences entry which is accessed through the Settings. MusicGestures offers the following customizable settings and gestures:

The above gestures can be set through the preferences panel to invoke any of the following built in actions:
MusicGestures works exactly as described and has a large array of gesture and action controls which should keep almost any music lover happy giving easy and powerful control over the Music app on the device.

MusicGestures is a free of charge download from the BigBoss repository and is compatible with devices running iOS 4 and above. Although this tweak is meant to supersede Swipe Navigation for Music, they are two different installations and this will not show up as an upgrade. Users will need to uninstall the original tweak and download MusicGestures to experience the full feature set.