The first beta release of an iOS 9-ready version of popular jailbreak tweak Activator is available to download now from Cydia.

We may already have an iOS 9 jailbreak in the form of Pangu 9, but there is much more than the initial jailbreak required if you want to build yourself a version of iOS that is truly your own. Choosing the right tweaks is paramount to getting things just how you want them, but that’s never easy immediately after a jailbreak for a brand new version of iOS is released because you have to wait for jailbreak developers to release updated, and compatible versions of their work. It’s can be a real pain. 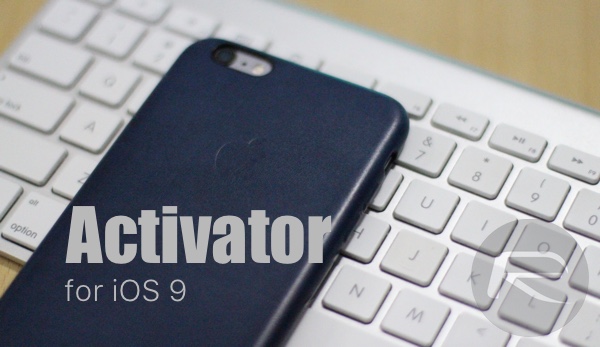 Ryan Petrich’s Activator is no exception, and it has an added bonus in that plenty of other tweaks list Activator as a prerequisite for their installation. Activator not being ready for iOS 9 has an impact on other tweaks, and it’s irritating to say the least. Thankfully Petrich has managed to get a beta release of Activator out the door for jailbroken iOS 9.0-9.0.2 in double quick time and, if we’re honest, we’d expect no less from a man that’s been at the center of the jailbreak world for a long time.

Now available to download via Cydia using Petrich’s beta repository, Activator for iOS 9 is now available in initial beta form and can be installed at will. You’ll need to add the http://rpetri.ch/repo repository in Cydia, but beyond that the installation process is much the same as any other tweak. 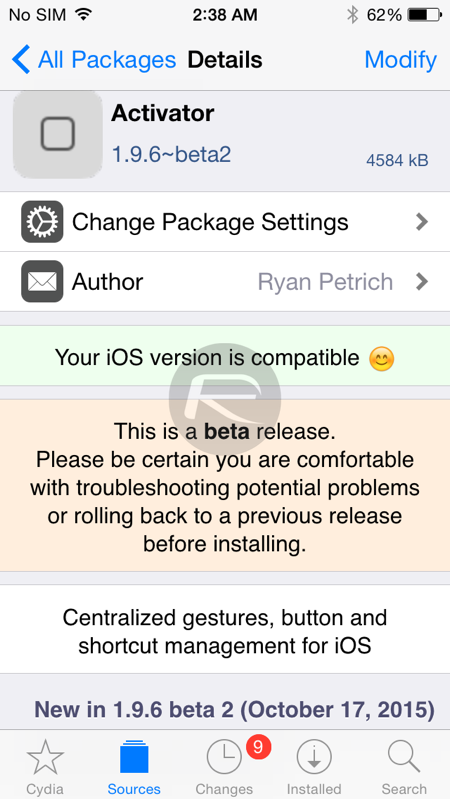 Apart from basic iOS 9 support, Activator also brings in an additional feature that takes advantage of what iOS 9 has to offer. Called shortcut actions, it enables Activator to tie into 3D Touch menus, meaning Activator gestures can now be used to launch anything that would normally be hidden behind a 3D Touch press.

Perhaps the biggest feature though is just the release itself. Now, any tweak that need a working version of Activator in order to function will be able to do so, and that’s huge. Remember though, this is still a beta release and be sure to treat it as such. Hopefully it’ll be nice and solid, but bugs to happen. Make sure you report them to Ryan Petrich should the need arise, too.

UPDATE x1: Activator has just got another update. Here’s what is new:

With the new custom 3D Touch icon events feature, you can now invoke any Activator action by 3D Touching an app icon on the Home screen.