6.1-Inch iPhone 12 Launch On Schedule, Other Models Could Be Delayed Till October [Report]

Rumors of Apple’s plan to push its 2020 iPhone 12 launch back from September to October aren’t new and most have pointed to the ongoing coronavirus pandemic as the reason. But now we’re hearing more reports to that point but with a twist – one iPhone might be ready sooner.

According to a report from DigiTimes, Apple does indeed plan to launch the new iPhones in September.

But one of the models is set to begin production sooner than the rest, possibly suggesting it will launch before the other phones in the lineup.

Volume production of new mainstream iPhone models to start in 3Q20, say sources: Although the planned launch of Apple’s 2020 iPhone lineup, reportedly to come in four models and three sizes, is likely to be in October instead of September, volume production of the mainstream 6.1-inch models are expected to kick off in July-August, according to sources familiar with the matter.

The 6.1-inch iPhone is said to be the only one of the bunch that will include a display built by BOE and LG. All of the other models will make use of parts from Samsung Display, suggesting that there may be something special about the 6.1-inch model. 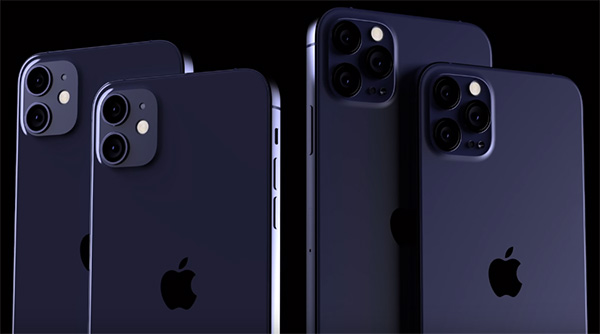 Or it could just be that Apple has been able to get one iPhone ready and it went for the largest non-Pro model. Thankfully it’s only going to be a few months before we have our answers!