After an abundance of coverage pertaining to the smaller, 4,7-inch iPhone 6, we very recently saw a case leak that gave us an insight into the potential dimensions of its more sizeable, 5.5-inch-displaying cousin. As expected, the measurements have lead to another frenzy of 3D print-outs, and for the first time, we can now see just how the “phablet” model of Apple’s next smartphone stacks up against the current flagship iPhone 5s.

Since the iPhone 4 in 2010, it’s fair to note that the device hasn’t changed an awful lot in terms of overall design. The glass finish has been largely replaced by a slick aluminum unibody, whilst the display has also been bumped by half an inch, but compared with releases by rivaling vendors, the Cupertino’s prized asset hasn’t evolved as some might have hoped. 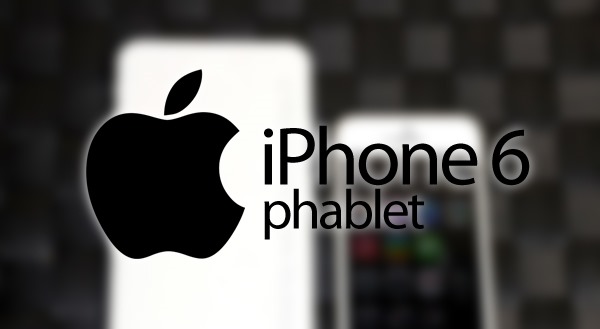 From what we’re hearing and seeing now, though, Apple will be making up for lost time in 2014 by unleashing two all-new, larger handsets designed in the image of the iPod touch and iPad Air. Not only will the rear shell offer a smoother, curved finish, but the screen sizes will increase to 4.7 and 5.5-inches, which, in smartphone terms, is one giant leap for sure.

Today, the folks at Nowhereelse.fr have showcased a 3D print-out of the 5.5-inch iPhone 6, which it has dubbed the “iPhone Air,” and given its incredible thinness and striking similarities with the company’s most recent tablet, perhaps justifiably so. In no uncertain terms, it completely dwarfs the iPhone 5s, and thanks to its repositioned power button — which accompanies the volume buttons along the side of the device — it should still be relatively comfortable to hold.

The previous case leak indicated that, like the 4.7-inch variant, the super-sized iPhone 6 would be a mere 7mm thick, and even though Apple is apparently having some difficulty manufacturing a battery slender enough to keep the thing powered up, you feel it’s not beyond Jony Ive and the rest of the hardware design team to pull it off. 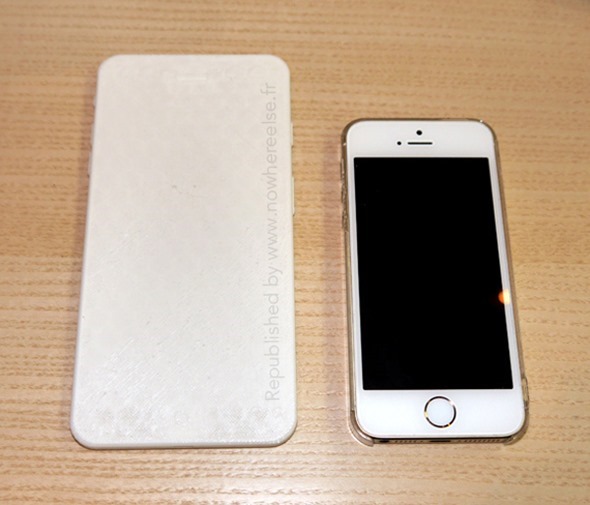 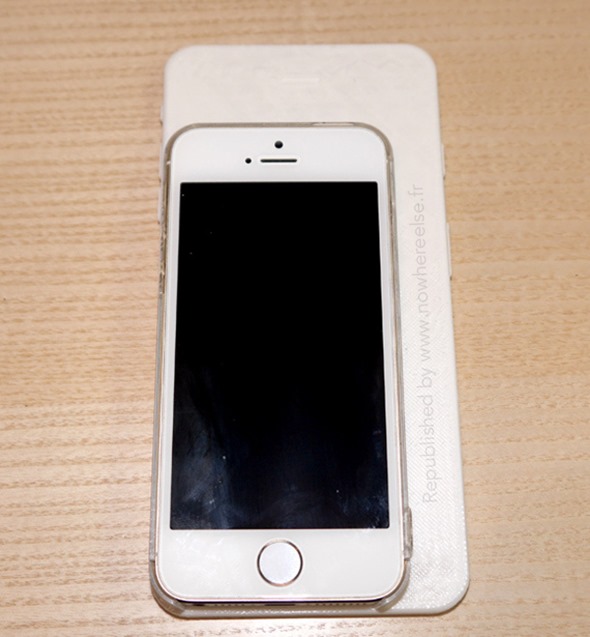 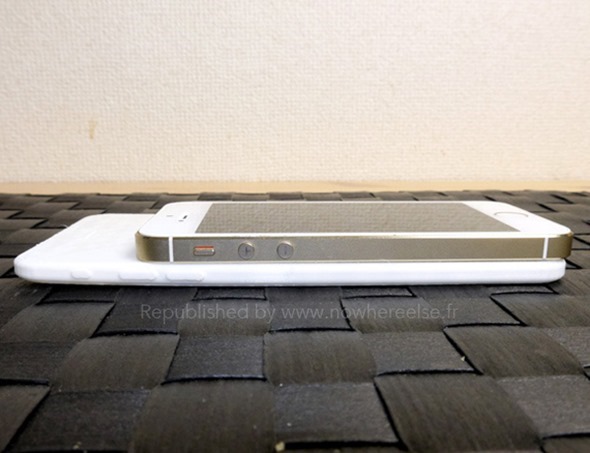 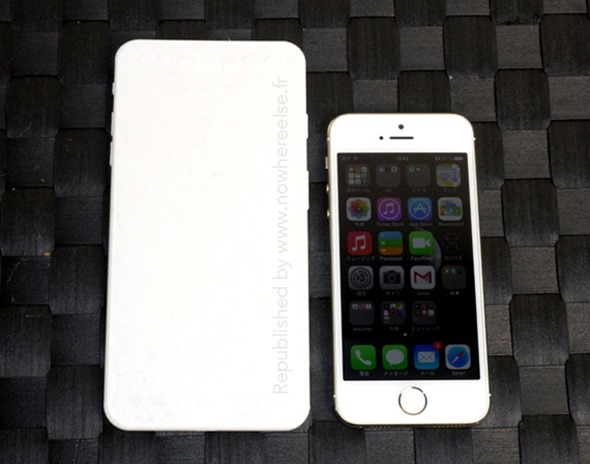 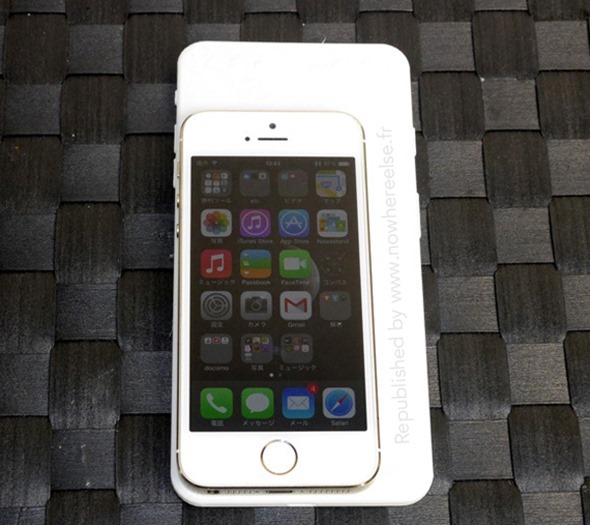 Having studied the photos, we sure do hope that Apple will offer a 5.5-inch iPhone, but are you guys in agreement with this sentiment? Or do you believe, like many iPhone enthusiasts, that the current form factor is sufficient enough?