Anyone with any experience of operating a jailbroken iOS device will more than likely attest to the liberation that they feel, but also at the anger that can be introduced when trying to find anything decent to install through the minefield that is Cydia.

Most experienced jailbreak users will have a number of “must have” jailbreak tweaks that they instantly install as soon as that lovely Cydia icon appears. However, finding new and powerful tweaks that enhance the experience can be troublesome.

Thankfully, we’ve got five more new jailbreak tweaks right here that were recently released and that you might want to check out on your jailbroken iPhone or iPad. These jailbreak tweaks are compatible iOS 9, including the latest jailbreakable iOS 9.1 firmware.

So without further ado, let’s jump right in. 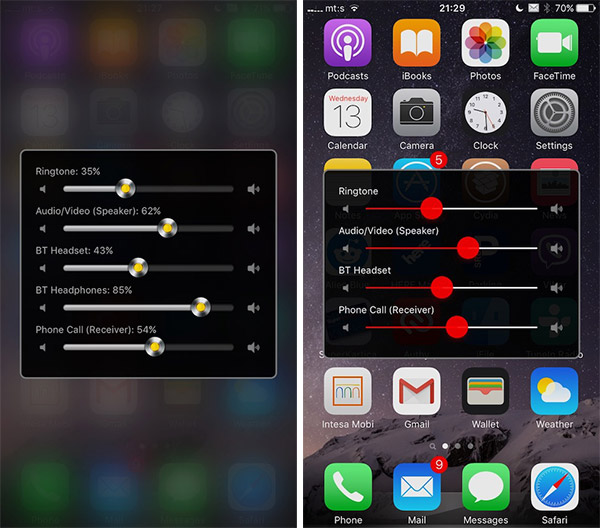 Volume Mixer 2 is an enhanced attempt at handing control of iOS device volume back to the user. One of the biggest consistent bugbears within the iOS platform is that users actually only get access to control specific volume outputs when that channel is in use. Volume Mixer 2 looks to change that by providing total control over the volume level of each output channel, as well as shipping with a number of themes and visual customizations that further enhances the experience.

Volume Mixer 2 will cost you $0.99 and can be found under the BigBoss repo. 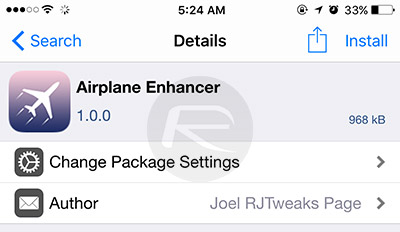 This package is a super simple tweak that looks to offer an enhanced experience for those iOS device owners who regularly use Airplane Mode on the device. The developer behind this packages envisages it as a tweak “that allows you to keep Airplane Mode on for as long as you want.” If you use Airplane Mode and hate its limitations, then this could be the package for you.

Airplane Enhancer is free over at BigBoss. 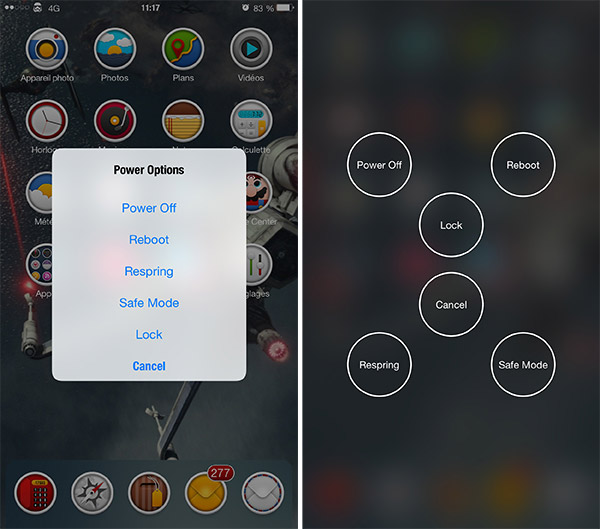 Apple clearly doesn’t want you having total control over what you can and can’t achieve on the device in certain areas. One of those is how you power down or reboot the device. PowerDown Customizer for iOS 9 tries to resolve that by introducing a number of additional options, such as Reboot, Respring, Safe Mode, and to instantly lock the device. There are also additional options that change how the options are actually presented to the user.

The tweak is available on the BigBoss repo for $0.99. 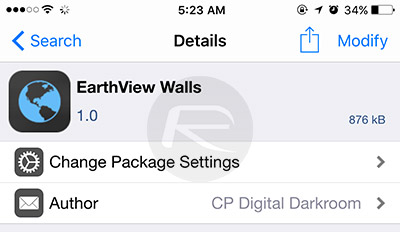 Rather than having to trawl through your Camera Roll for an image to use as a wallpaper on your iOS device, or keep downloading wallpaper apps from the App Store for additional options, EarthView Walls allow users to assign an Activator gesture to quickly set a wallpaper using images from Google’s Earth View. The tweak also includes options for having the wallpaper change automatically.

It’s available for free on the BigBoss repository. 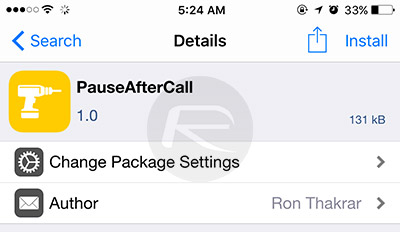 We’ve all experienced this behaviour within iOS; you’re listening to music, you receive an incoming call, and when that call ends the music instantly resumes playback. This tweak prevents that from happening by ensuring that the music continues to stay in a paused state after the incoming telephone call has ended.

PauseAfterCall can be had for free from the BigBoss repo.

If you’re hungry for more from Cydia, take a look at our last week’s compilation of jailbreak tweaks.