Microsoft’s logo has remained unchanged for the past quarter of a century, and that simplistic, italic font has found its home on millions of machines, mouses, keyboards and software items in that 25-year period. Now, in-keeping with the Redmond company’s change of direction in Windows 8, the most famous of corporate logos has finally been revamped.

It is now, as you can see, a helluva lot more modern, and the squared-off Windows-esque logo is a symbolic feature of the entire design. Windows 8 will be the most dramatically-changed version of the market-leading operating system in history, and with tablets and smartphones also heavily involved, it’s easily the most important. 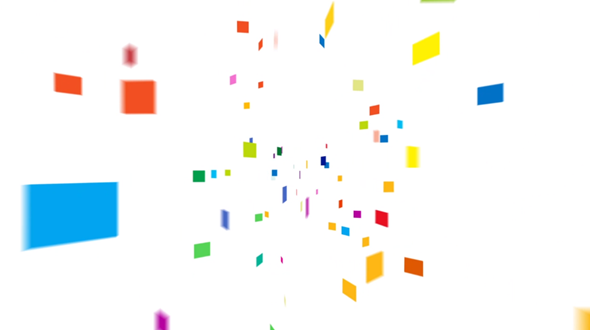 Despite making a name for itself in the software game, plenty of PC peripherals are still etched with the Microsoft logo, and although it’s probably been a while since most of us visited that drawer / cupboard filled with unspecified cables and prehistoric gadgetry, I’d be willing to bet most include an old Microsoft keyboard or mouse in the mix.

The first product to bear the new logo will be the Microsoft Surface which, despite being an altogether exciting product, still doesn’t have that all-important price tag. It will arrive on the same say as Windows 8 – 26th October – and although consumers will have to wait for the high-end edition powered by Intel’s Ivy Bridge chip, the ARM version will surely generate a handsome number of early sales.

So, with the new Microsoft (and indeed, Windows) logo in place, the new OS having gotten its RTM, Office 2013 almost complete and the first WP8 set to be announced by Nokia and Microsoft on the first week of September, I guess it’s now time to play the waiting game. There are still two whole months until we’re going to be seeing any real substance, so those looking to get their hands on any of the above will have to persevere with their current setup until the slew of new Microsoft goodies arrive.

With Samsung’s Galaxy Note 2, Google’s rumored flood of November 5th Nexus devices and, of course, the prospect of a new iPhone, iPad Mini and revamped iPad 3, it’s going to be a pretty busy, exciting, and expensive Fall.