The Unicode Consortium is once again working on a list of potential new emoji characters to include in Unicode 12. Emoji have become a staple part of modern digital communication, which means that the Consortium is paying a lot more attention to new emoji before putting them forward for consideration.

One of the wonderful things about the work being handled by the Unicode Consortium is that it is trying to be more inclusive and diverse when it comes to the characters and new emoji that are put forward and that ultimately make it into a new version of Unicode. This time around, candidates include mixed-race couples, beautiful representations of a service dog designed to help the visually impaired, deaf people, and even same-sex mixed-race couples. This is definitely the next step that the Consortium needed to take. 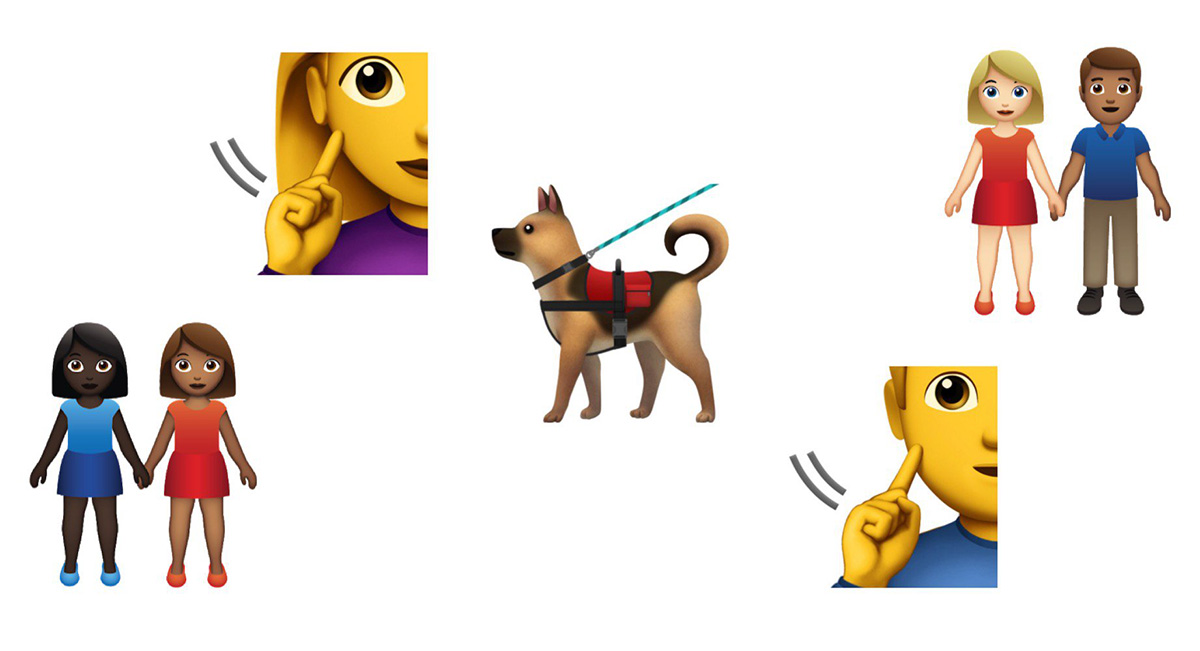 What typically happens is that a whole heap of new emoji characters are put forward for consideration and a decision is made on whether or not they get moved into the final version of Unicode. If they do actually make the cut, then they would be released in 2019 as part of Unicode 12 and then would eventually be supported by various manufacturers, such as Apple, Google, and Samsung, on their devices through new firmware updates. Users would then be able to take advantage of all of the new characters to spice up their digital correspondence through messaging apps.

In addition to the aforementioned emoji, which promote diversity and inclusion, other characters are also being considered. There is a rather brutal looking axe tool, a snorkel and face mask, an ice cube, a flamingo, and a sloth. For those who are into performance art, there will be a new dancer up for consideration, and even some new shoes, cloves of garlic, and a spectacular otter for those who are animal lovers.

Currently, we are still waiting for companies like Apple to actually integrate Unicode 11 into iOS, which should come later this year when iOS 12 is rolled out to the general public. Once that happens, it’s then time to think about the future and see what Unicode 12 actually offers when this list is finalized. For a full list of the candidates, you can check out Unicode 12 over at Emojipedia.