We’re less than 24 hours away from when people should start receiving their brand new iPad Pro tablets and a few lucky people have already received theirs for review purposes. That means we’re starting to learn more and more about the new devices ahead of their delivery to us mere mortals, and one very important question has already been answered.

We know it’s been on the tip of everyone’s tongue and at the forefront of everyone’s minds, but we can now all rest easy. Yes, the 2018 iPad Pro can indeed be attached to a fridge door using the magic of magnets.

Apple said during the iPad Pro announcement that there was a number of magnets in the new tablets – over 100 of them, in fact. That’s a lot of magnets to put into one tablet, with Apple saying that the reason for all of these is the fact they enable the new Smart Keyboard Folio to not only attach to the iPad Pro, but attach well without moving. So, with a tablet full of magnets, the obvious question was always going to be whether it could attach itself to a fridge door.

Intrepid journalist  took one for the team and tested the theory out, and the outcome was just as wonderful as we could have ever hoped – yes, the iPad Pro does indeed have enough magnetic pull to attach itself to a fridge.

That being said, we’re not sure we’d be brave enough to test this out for ourselves and, importantly, leave it there for any length of time. Remember folks, if you’re going to do this, you might want to make sure your floor is nice and soft in case those magnets don’t live up to all the hype. 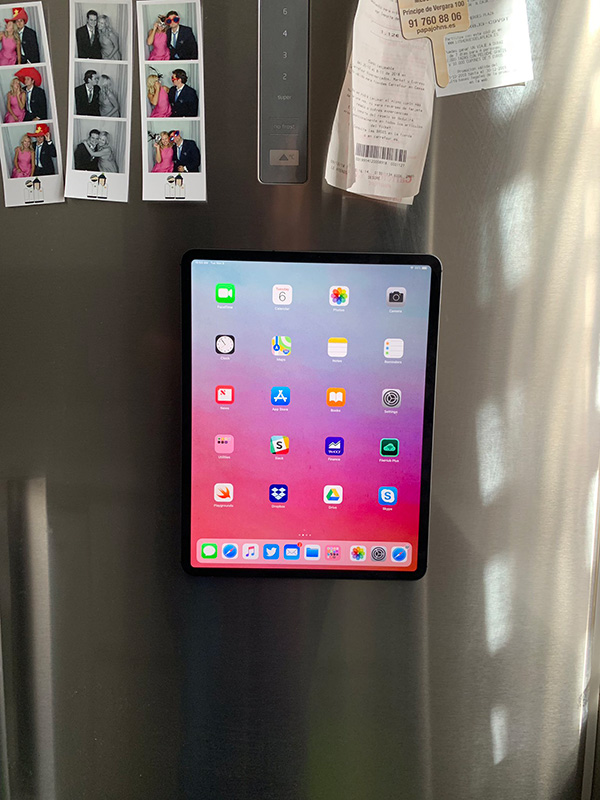