Great news for macOS lovers who don’t need the power and versatility of a high-end, mega-expensive Mac. During today’s media event in New York, Apple’s executive team has announced a brand new 2018 MacBook Air that will act as an entry-level device for would-be Mac owners.

A growing number of consumers have been taking the opportunity over the last few years to replace their entry-level MacBook Air with an iPad, large-screen smartphone, or even a laptop on a competing platform, such as an affordable Windows machine, or even a Chromebook that doesn’t offer all of the bells and whistles but just gets the job done for those who need an occasional machine. 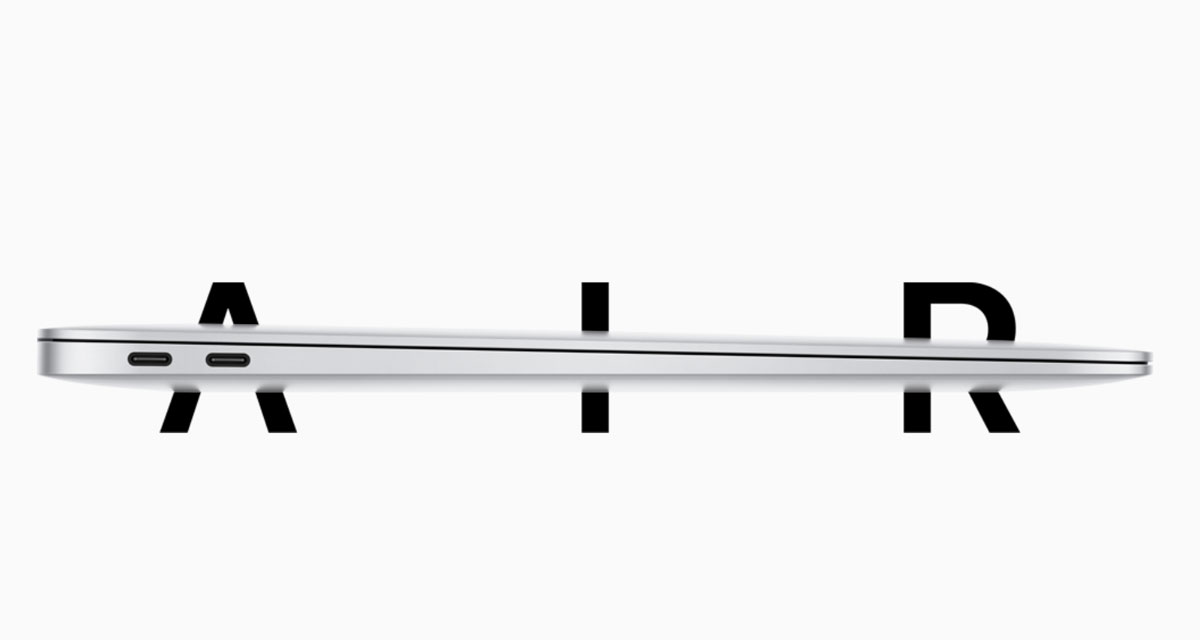 That kind of buying mentality, mixed with the fact that Apple hasn’t provided a significant updated to MacBook Air for a while, has meant that sales have declined recently. Apple will be hoping that this refresh will change that and start to show a rise.

With this announcement, Apple is essentially replacing the aging MacBook Air with this brand new 2018 MacBook Air model. Rather than attempting to entirely reinvent the wheel and entirely overhaul the machine, Apple has instead opted for familiar changes from its current 12-inch MacBook line to push the model forward.

This new machine comes with a higher-resolution 13.3-inch Retina Display panel with a slim design, meaning that it still keeps the portability that made the MacBook Air so popular when it was originally introduced by Steve Jobs while giving it much better display and internals. That display will also be surrounded by slimmer bezels – as is the trend at the moment – to ensure that the screen is the focal point and that it isn’t dominated by any unnecessary non-screen real estate.

There are is no Touch Bar on this thing, as expected, but we now have Touch ID making up for a biometric security, powered by Apple’s T2 security chip. The keyboard on the new MacBook Air is now the same one as found on the latest gen of MacBook Pros. The new gen. Force Touch trackpad, is now 20% larger than the one found on the earlier MacBook Air. 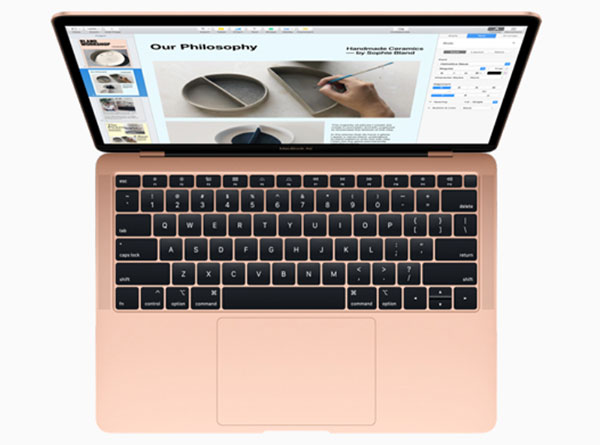 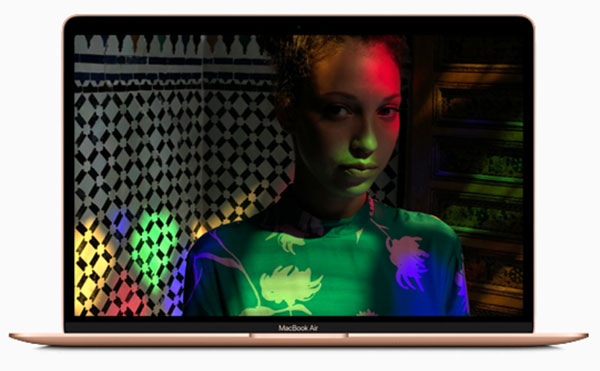 At the heart of the machine, is an 8th Intel dual-core CPU, and supports RAM up to 16GB, with storage topping out at 1.5TB SSD. As for the battery life, Apple’s giving us different numbers; 13 hours of iTunes movie playback, but 12 hours for web browsing.

For those interested in this latest MacBook Air announcement, Apple will start selling the hardware from November 7 at a starting cost of $ $1,199 which packs 8GB RAM, 1.6GHz Core i5, and 128GB SSD.