New jailbreak tweaks for iOS are being released all the time, which is great news if you are a fan of the jailbreak world and like to have new things to try, but it can often be overwhelming for those who are just getting started or simply don’t have the time or the inclination to stay on top of everything.

That’s when choice and availability start to have a negative affect, and that’s no good for anybody.

Luckily enough, though, we’re here to make sure that no worthy tweak goes unnoticed, and to that end, we are going to share ten jailbreak tweaks with you, all of which were released recently. If you’re looking for a new tweak to test-drive this weekend, then look no further. 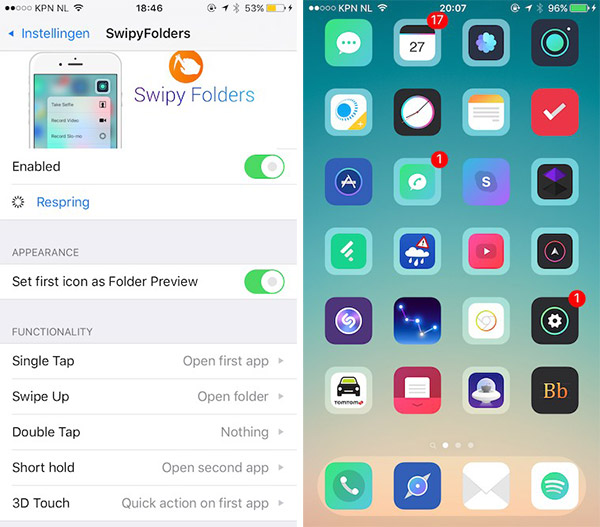 Super-charge your folders with this tweak. SwipyFolders allows users to change the icon used for a folder, control what happens when it is 3D-Touched or swiped, and more. Ever wanted to launch an app from within a folder with a double-tap? Install this, and you can.

The tweak is available for free on the BigBoss repo. 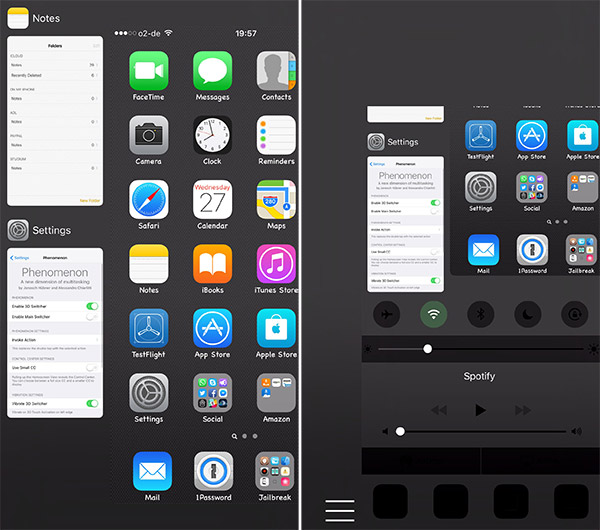 Task switchers are some of the best jailbreak tweaks around, and Phenomenon has a place on that list. Improved gesture support and control over Control Center are amongst the list of things this tweak is capable of.

The tweak goes for $2.99 over at the BigBoss repository. 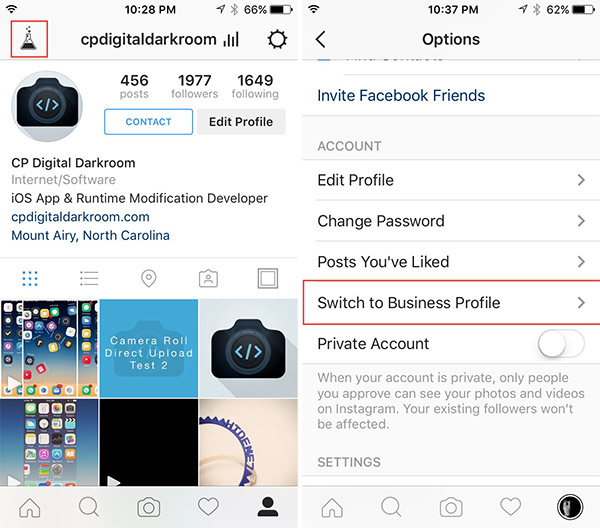 Ever hear about some of the new features that Instagram is testing but you never seem to have access to them? IGExperiments will let you enable things like 60-second videos and the new blank & white UI. Clever stuff.

The tweak is free on the BigBoss repository. 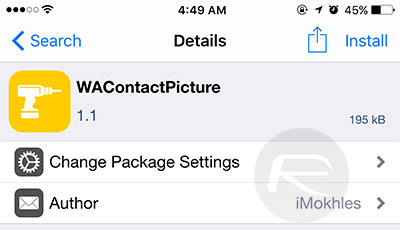 This tweak allows users to change the profile pictures of their friends within WhatsApp. Simple, really.

You can grab WAContactPicture for free from BigBoss. 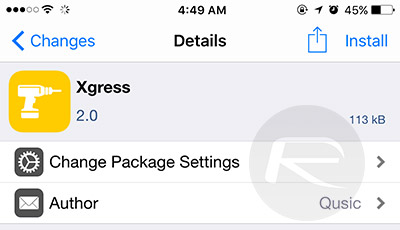 Play Ingress on your jailbroken iOS device because, why not?

Available for free from the BigBoss repo. 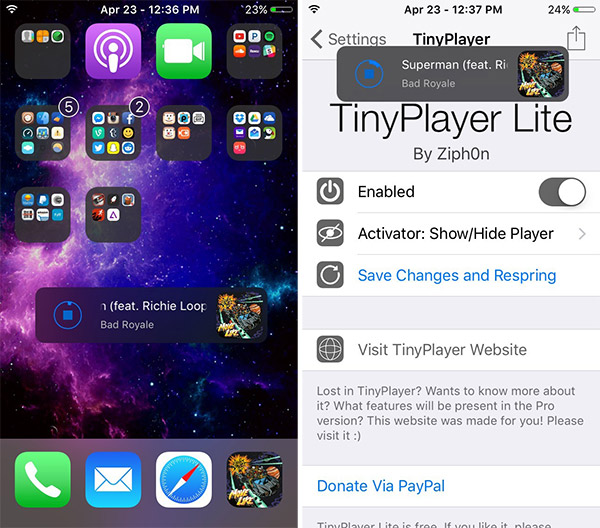 A unified media player that can be activated via Activator gestures and is visible on top of apps and even the Home screen.

TinyPlayer Lite can be downloaded for free from BigBoss. 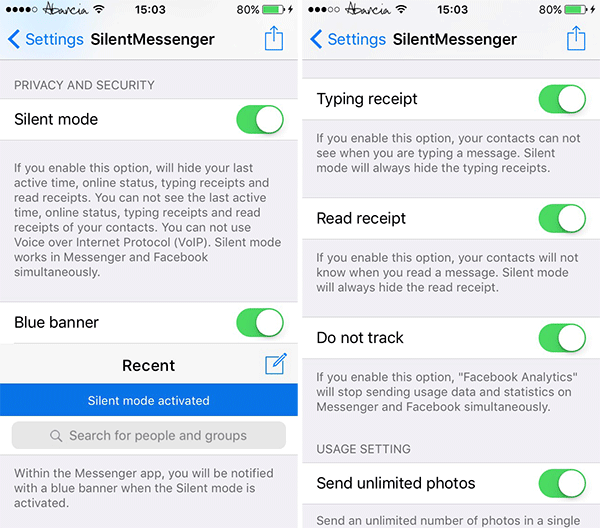 Get better control over Facebook Messenger’s privacy settings, including an option to stop the recipient from being able to tell when you are typing, disable Read receipts, and much more.

SilentMessenger will cost you $1.50 and is available from the BigBoss repository. 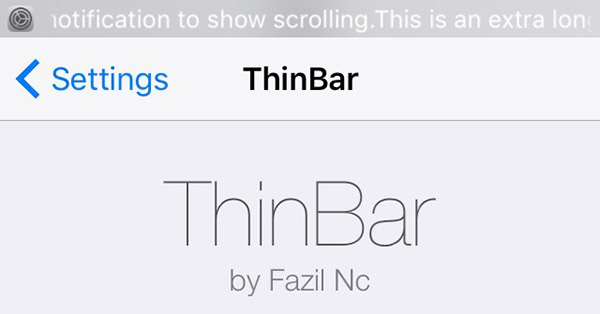 This tweak does nothing more than take the standard notification bar and make it considerably thinner. If the standard bar strikes you as too large, then this is for you.

ThinBar is free on the BigBoss repo. 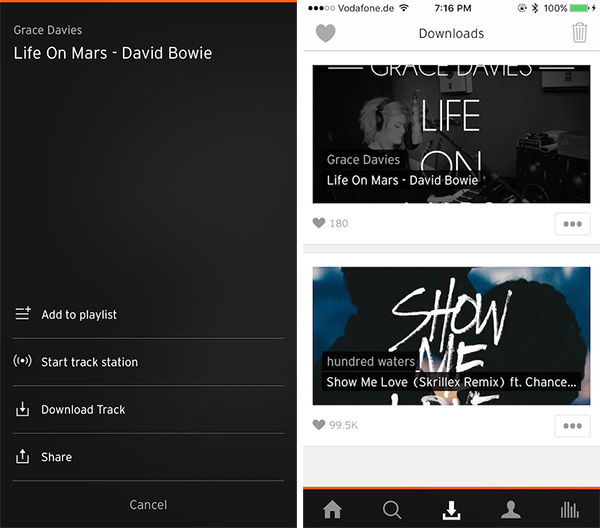 A tweak dedicated to making it easy to download files from SoundCloud, with downloaded tracks able to be imported into the Music app if so desired.

SaveCloud can be downloaded for free from BigBoss. 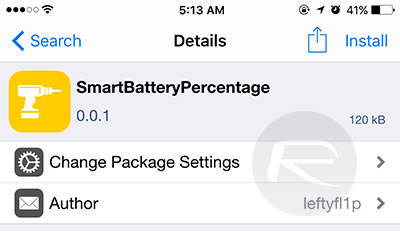 Own Apple’s Smart Battery Case? If the answer is yes, this tweak will combine both it and the iPhone’s battery into one icon on the iPhone’s screen. If both devices are charged, the screen will read 200%.

SmartBatteryPercentage can be downloaded for free from the developer’s repo at leftyfl1p.github.io.

And that’s enough for now – let us know if there are any we’ve missed and enjoy your weekend’s tweaking!