App updates are consistently being talked about at the moment, more often than not in the context of developers pushing out updates on the iOS platform to support iOS 6 and the new iPhone 5 which Apple released last week. The official YouTube app have probably been cropping up in conversation more than Google would like, especially as users are wondering where the native iPad app is and when it will be launched, but that hasn’t distracted them from pushing out a fairly sizeable update to the official Android YouTube app today.

YouTube for Android is one of the most popular apps available for Android, racking up hundreds of millions of downloads in its time. This latest version should be sure to keep a whole heap of those users happy and delight anyone who downloads the app for the first time onto their device.

The app pretty much allows Android users to experience all of the features and benefits that YouTube offers, but in a very attractive and easy to user mobile interface. The latest update, that brings the app to version 4.1.23, comes with a number of enhancements and signifies Google’s intention to provide a better video viewing/browsing experience to their mobile users. 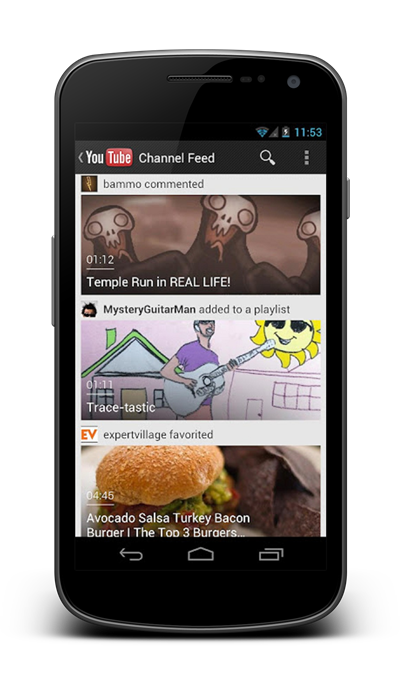 First and foremost, the app has been given a visual overhaul and features a new user-interface that is remarkably similar to the official iPhone app which Google pushed out for iOS users not that long ago. They have also embedded and extended a rather useful preloading feature that now functions on devices running Gingerbread and Froyo. The feature allows videos to be preloaded in order to give a much smoother playback experience while on the move or using cellular data. 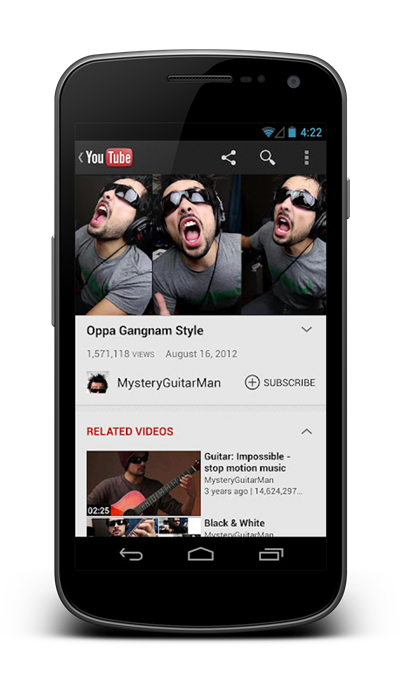 Users can also now choose to add YouTube videos to their TV queue as well as enjoying the new watch experience that Google have shipped. In addition to those enhancements, extra channels will also be available through the Channel Store. Overall, this is a great little update for Android using YouTube fans, especially those running earlier versions of the OS who can now benefit from the preloading functionality which Ice Cream Sandwich and Jelly Bean users have been enjoying for some time. 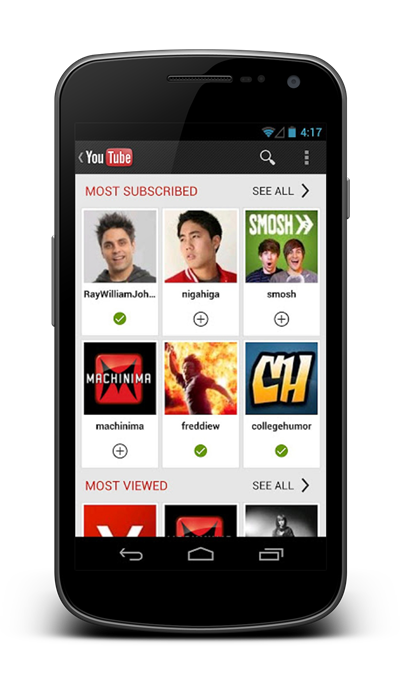