Not too long ago, we covered how Facebook will be bringing Stickers to its comments system. Well, finally, someone in Facebook managed to push out an update to Facebook, which allows you to express your emotional glory in the comments section for all those pillow fight, status’, pictures, videos etc., using Stickers.

No more will you be able to choose in turning a blind eye to uncontrollable emotional outbursts as you mutually destroy the sanity that otherwise prevailed in the world of communication. Previously, users could send stickers using the Messenger app or the messaging feature in the desktop Web version of the social network, but now users can literally throw their emotions right at each others’ faces as you cause a scene in public. Allow me to tell you that this feature is also available on iOS, Android and the mobile Web version of Facebook. However, I can confirm it to be working for me on the desktop version of Facebook using Chrome, so there’s that as well. 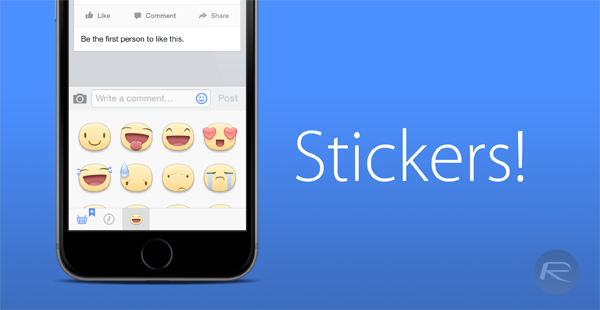 Apparently the entire idea to integrate stickers into the Facebook comments section began as a Hackathon project in New York City by a team of Facebook engineers. The prototype for the Web was developed in a single night, and when put through a trial phase, the employees happened to love the feature. Later support was added for iOS and Android at a Hackathon in California, and the feature was then subsequently rolled out, as users will be witnessing. As for now, the feature seems to be working well on the Facebook app for iOS, but running the Web version of Facebook on Chrome using a desktop has it quirks. I can comment with stickers on posts by some of my friends, but not all. Maybe, there’s a pattern here that I’m missing, so I’ll wait for a day or two to see if and how things change. 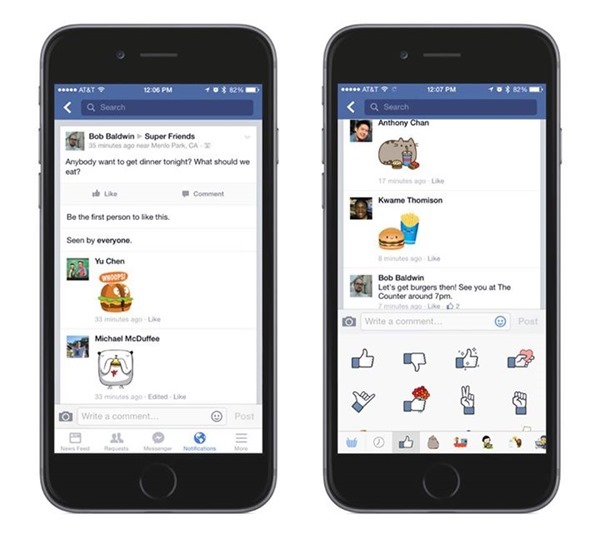 As for now, to send a sticker from your mobile, simply tap the smiley on the bottom-right of the comment field and chose from the available stickers to torment the soul that posted the content.

You like creating scenes in public? Do you crave for attention or just wish to annoy a specific someone? Let us know if you’re able to use these stickers on your Android or iOS device, or if you encounter any glitches.

Sound off in the comments section below!