You can now control your Plex media server and the entire library of movies, tv shows and music within using Amazon’s Alexa voice assistant. Here are the details.

If you keep abreast of the home automation market, and in particular those devices that can be controlled with voice, it feels a little like Amazon’s Alexa is taking over. Amazon has placed a lot of importance in its own voice services of late, with a growing collection of hardware manufacturers integrating Alexa into their wares. 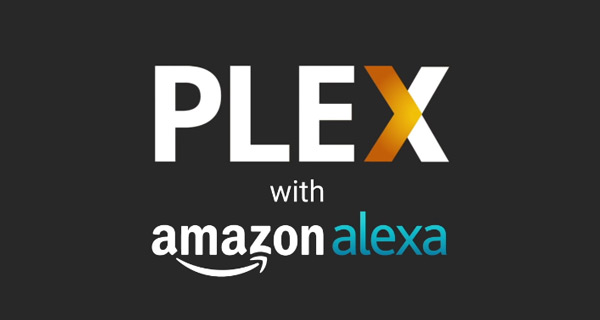 Plex is the latest to add support for it. The newly released Plex skill for Amazon Alexa instantly offers the type of functionality and power that you would expect from what will essentially become a voice-controlled media experience in your living room.

Rather than having to pick up a remote and fiddle with buttons and menus, a user can simply invoke Alexa on a compatible device and then give a specific command, such as “Alexa, tell Plex to play The Walking Dead”, or even a command like “Alexa, ask Plex to suggest something to watch”. Pretty cool, right?

In order to get the interaction up and running, and to fire audible commands at Alexa to be transposed across to a Plex media server, a user will need one of the following pieces of hardware; an Amazon Echo, Echo Dot, Fire TV, Fire Tablet, or Tap, along with Plex Media Server setup and a Plex client app installed on either an Amazon Fire TV, Android, Android TV, Apple TV, iOS, PlayStation 4, Plex Media Player, Plex Web App, Roku or Windows/Windows Phone device. While Xbox 360 and Xbox One are not currently supported, Plex tells us that the support for both will be added in the near future.

The user must also be signed into the Plex account via one of the supported Plex client apps on the aforementioned supported platforms, with that app being active and running on the device.

Here’s a demo video showing how it all works:

Complete list of commands, instructions on how to set up Plex with Amazon Alexa, and known limitations of such a setup, can be found at the source below.