PayPal has updated its iOS app with SiriKit integration, which means it now comes packing support for Siri giving users the ability to use Apple’s voice guided assistant to send and request money without having to actually launch the app and jump through the usual process hoops to deal with financial transactions via the payment platform.

The release of SiriKit within the iOS SDK is actually relatively new by Apple, meaning that companies are still trying to find their feet with Siri integration, and more importantly, how Siri actually fits into the product, if at all. 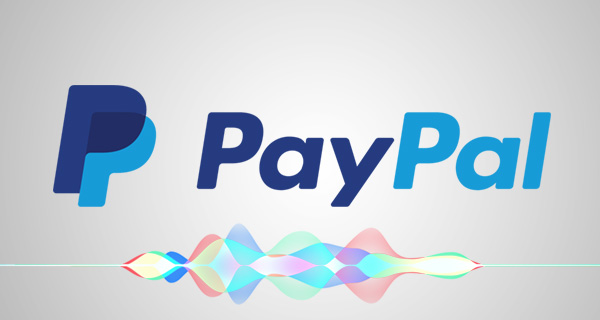 In an official blog post on the subject, PayPal has shared some eye-watering numbers about sending and receiving money, informing us that $41 billion in peer-to-peer payments were issued across PayPal, Xoom and Venmo in 2015. In December 2016 alone, as part of the increased shopping experience for the holiday season, PayPal estimates that a staggering 17 million peer-to-peer transactions will take place.

The integration of Siri appears to be part of a plan to not only make those transactions a lot easier and fluid, but to also offer a way of increasing the amount of money sent and the number of requests made by reducing any friction or resistance from the process. To highlight how easy using Siri will be to send or request money, PayPal’s highlights some basic commands that can be issued to Siri, such as “Hey Siri, send Bill $50 using PayPal.”

That would then instantly bring up a new PayPal sheet within the Siri interface that would show the transaction, and then offer the ability to proceed. 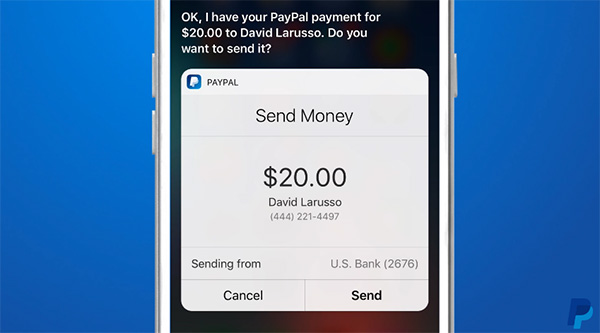 This isn’t a small-scale roll out either for PayPal. Starting today, hardcore PayPal users will be able to immediately use Siri to process transactions in 30 different countries, with the integration handling a variety of different languages. As outlined by PayPal, these are the following countries and languages supported:

The latest update is rolling out now, so head on over to the official iOS App Store to grab the updated version of the PayPal app for your iPhone or iPad.