You Can Get 128GB iPhone 7 Unlocked For Just $319 In All Colors, Including Red, If You Hurry

For what is likely to be a limited period of time, you can now purchase Apple’s iPhone 7 128GB refurb and unlocked in Black and Gold for just $319.99. Not just that, all of the other colors are also available at quite the discount. More on that below.

The refurb hardware normally sells for $469.99 in Apple’s own ecosystem, which means that you are going to grab yourself a bargain here if you act quickly.

So, just what are you going to get with a purchase of Apple’s iPhone 7? Well, first and foremost, it’s worth noting that is deal is for the refurb iPhone 7, which means that it has been brought back up to standard by trained engineers and technicians but at the hear of it it is a pre-owned device. It also comes with the 90-day Amazon Renewed guarantee, meaning that you are going to be protected in the very unlikely event that something that goes wrong with this device.

This deal is for the 128GB version of the Apple hardware meaning that you are going to get an internal 128GB of storage capacity for games, apps, music, and any other files and documents.

It comes with a 4.7-inch Retina HD display offering multi-touch technology and a 1334-by-750 pixel resolution offering 326 ppi. It’s also IP67 rated offering safety from water submersion up to 1 meter for a maximum of 30-minutes. Not that we’d recommend taking it in the bath.

From a power perspective, the iPhone 7 contains Apple’s own A10 Fusion chip and comes with an accompanying 2GB of RAM to get the most out of the iOS platform installed on the device. There is no Face ID as found in new hardware but it does come with Touch ID and a Home button that allows you to navigate around. If you prefer Apple’s older models with the physical button then this is definitely going to be an appealing deal for you. 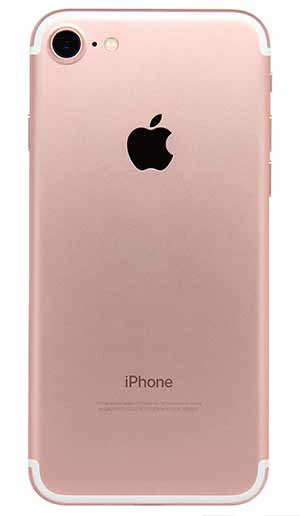 There is 4K video recording, OIS for video, Apple Pay integration, WiFi, Bluetooth, an array of internal sensors, and access to the iOS App Store and the array of installations and games that the store offers. Grab it right now while it’s at this ridiculously low price.