Yahoo’s Weather app came as a bit of a surprise when it first hit the App Store back in April. The surprise wasn’t so much in the fact that the app had arrived, as we’d been expecting it for a good while beforehand, but what we weren’t anticipating, was how gorgeous and refined these weather apps would be. For many iOS users, Yahoo Weather has become their go-to utility for checking precipitation, temperature, wind speed and whatnot, and now, the company has pushed out a significant update that brings support for the Apple iPad.

Now that the app has become universal, the aesthetic perks of Yahoo Weather can be enjoyed on the larger display, and with the iPad mini having just been presented with a Retina display, the app should look great on both the smaller and larger of Apple’s two new slates. 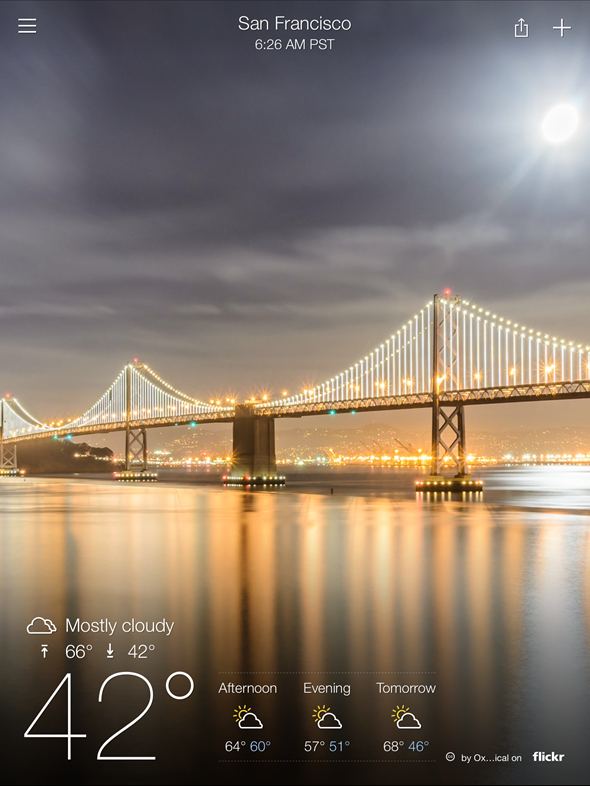 As we saw, Apple itself borrowed much of its iOS 7 Weather app’s design from the Yahoo Weather, and although this would, at least in theory, deem the Yahoo effort to be obsolete, we’d still suggest that the third-party alternative looks and runs slightly better than the stock Cupertino offering. 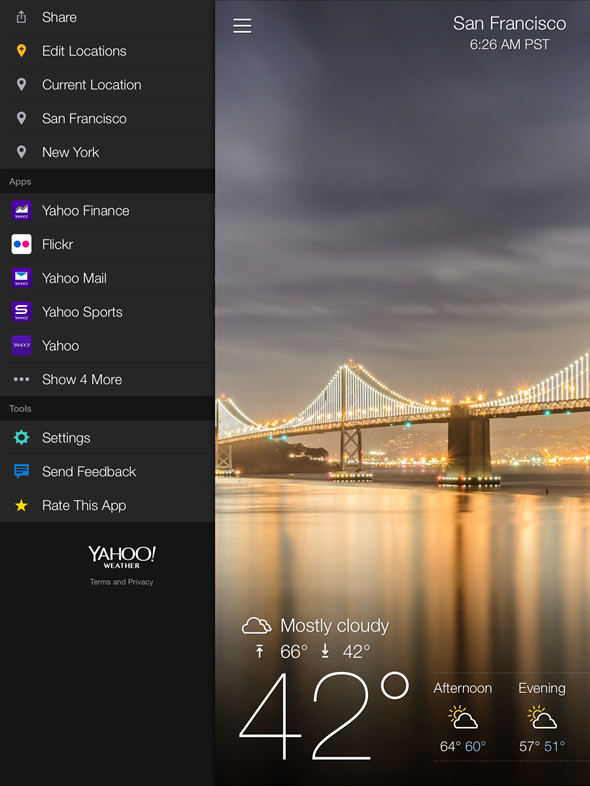 With the larger display, images look simply superb, and naturally, with more space for general information, it’s a lot easier to find the info you’re looking for when you’re not opening the app to simply gawk at the visuals. 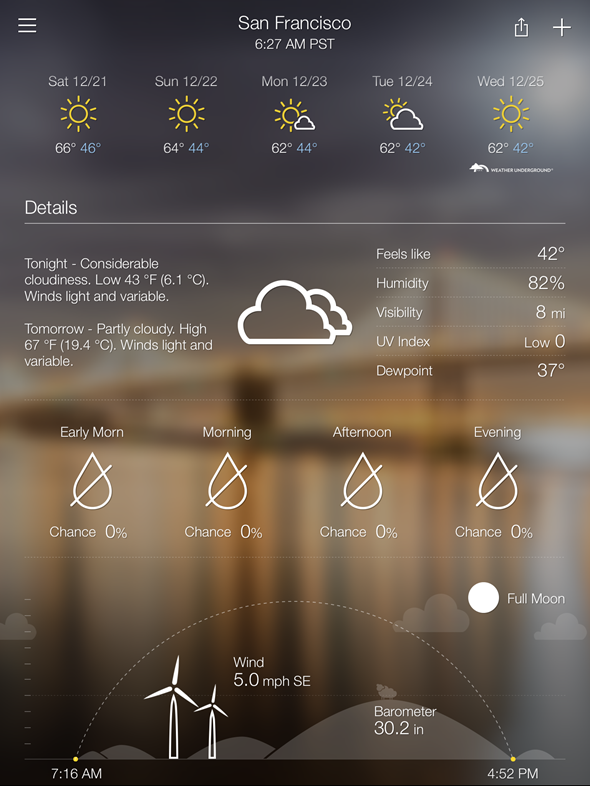 At this point in time, for some reason unbeknown to the rest of us, Apple doesn’t feel the necessity to kit the iPad out with a stock weather app. But perhaps, having apparently based the iPhone weather app upon Yahoo’s, Tim Cook’s team was simply waiting for its rival to deliver the tablet version, for more inspiration on what a good weather app should look like.

The Yahoo Weather app is free to download, and can be sourced via the direct iOS App Store link provided below. And if you have an iPad with you, we can’t recommend the app enough, and serves as the purpose of checking out the weather a breeze.

(Source: Yahoo Weather for iOS on the iOS App Store)