Xiaomi Mi 5: Specs, Price And Release Date [Everything You Need To Know]

It’s a big week in the smartphone world, with Mobile World Congress currently taking place in Barcelona, Spain. New front-runner handsets have already been announced, such as the Samsung Galaxy S7, LG G5, Sony Xperia X series and now we have been treated to another flagship Android smartphone in the shape of the Xiaomi Mi 5.

Not all that big in the west, Xiaomi is fast beginning to make waves just about everywhere it goes. With devices that have a look of the iPhone about them but with some Android design touches thrown in, the Xiaomi handsets are good-looking pieces of kit, and the newly announced Mi 5 is no different. 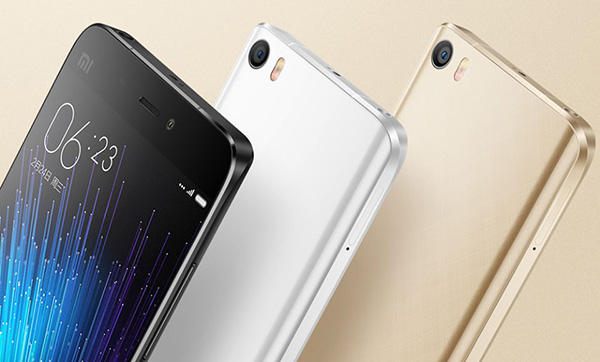 Featuring a 5.15-inch, 1920 x 1080 display, powered by a Snapdragon 820 CPU and 3GB of RAM, the Mi 5 comes with a glass back and 32GB or 64GB of storage, which should be enough for most. The Mi 5 Pro sees the RAM bumped to 4GB, a ceramic back cover and a 128GB storage option, which should be more than enough for even the most demanding of users. Other hardware tidbits include a 16-megapixel rear camera, a 4MP, 2µm-pixel front camera, dual SIM, and a sizeable 3,000mAh battery with Quick Charge 3.0 support. A fingerprint sensor sits below the screen and there is NFC support for mobile payments, too.

The Mi 5 software is made up of an Android Marshmallow installation that is heavily skinned thanks to the MIUI layer of polish that many people will either love or hate. I’m never really sure into which side of that fence I fall, but MIUI is certainly not for everyone. I have personally always preferred a more stock Android experience on my smartphones, but if you prefer something a little more colorful, then the MIUI 7 skin found here may well be to your liking. 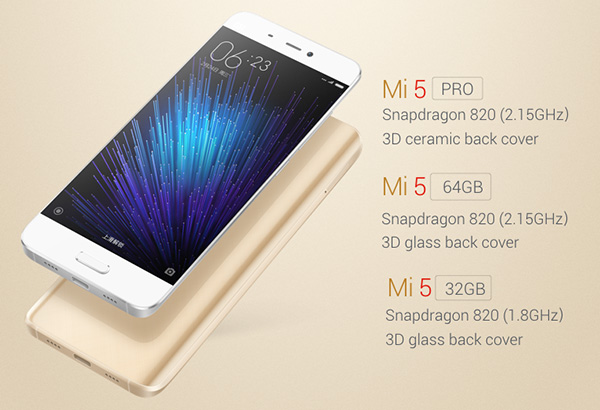 The phone will be available to buy in black, white and gold and will go on sale in China on March 1st and India soon after, although a launch window elsewhere is unknown and unlikely at this point. 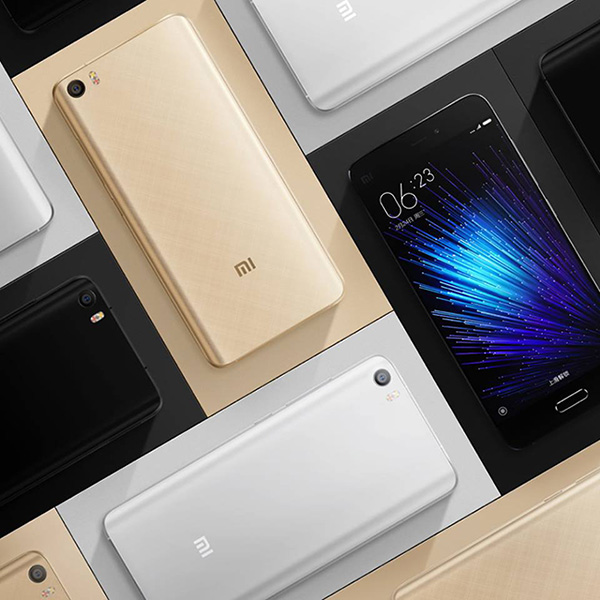