Xbox One Update With 3D Blu-ray Support Released, Here’s Everything That Is New

Microsoft’s Xbox One will today receive an update that will bring new features as well as tweaks for existing ones. The update, available to all Xbox Ones that are connected to the Internet worldwide, will be a free and automatic update for all.

Microsoft’s Xbox mouthpiece Larry Hryb – or Major Nelson to his friends – today posted a blog entry that highlights what’s new in this updated system software as well as pointing out that the majority of the new features are arriving following consultation with gamers via such things as Xbox Feedback. The fact that Microsoft is listening to its customers should not be undervalued. 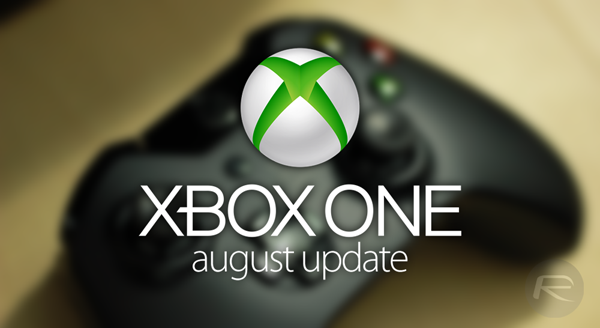 Amongst the new features, gamers will find that they can now watch 3D Blu-ray movies on their Xbox One thanks to an update to the built-in Blu-ray software, bringing it on par with the PlayStation 4’s 3D Blu-ray support. While they’re watching those movies they’ll also be pleased to learn they will now have the option to turn off notifications whenever video is being watched.

One addition that will come as a big relief to some is the fact that they will be able to see when their Xbox LIVE friends were last online just as they were able to with the Xbox 360. A low battery notification will also pop up when the Xbox One’s wireless controllers are getting ready for some juice which, frankly, should have been there since day one.

Microsoft is asking Xbox One users to keep the feedback coming, and with signs that the company is indeed listening, it may be worth airing your grievances after all.

The Xbox One has had a difficult start to its life with Sony’s PlayStation 4 arguably the stronger of the two next generation offerings at the moment. System software updates like this one will help to close the gap and appease those early adopters who splashed so much cash on the system.

Here are some of the features in the update as outlined by Major Nelson himself:

There are plenty of cool stuff to be had here, and it’s best that you keep your Xbox One updated at all costs, since such updates not only bring new features, but also bring bug fixes and under-the-hood performance enhancements, which in our book is a high priority thing.