It may not make it any money, but Apple will still no doubt be pleased to hear that it has won a Creative Arts Emmy award for Outstanding Commercial with its ‘Misunderstood’ TV ad that touted the iPhone 5s.

The ad, which had more than a few people close to tears by the end of it, followed a family during the Christmas festivities. One member of the family didn’t seem too interested though, preferring to continue to play with his phone instead of joining in with his family. As it turns out by the end of the ad however, things aren’t always as they seem. 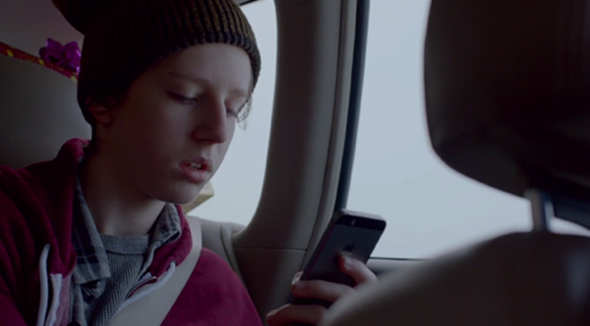 At 90-seconds long we strongly suggest anyone who hasn’t seen ‘Misunderstood’ rectifies that wrong at their earliest convenience because, as the awards panel apparently agrees, it’s one hell of an ad – especially if you happen to have kids.

Apple faced stiff competition, having to beat out the likes of General Electric, Budweiser and Nike in order to pick up the award.

The ad itself was created by Apple’s marketing partners at Media Arts Lab of TBWA in Los Angeles, California and while it does use its own in-house team as well, it’s the agency ads that tend to score highest with customer polling. It’s easy to see why too, with the iPhone 5c ad ‘Greetings’ having been made by Apple itself. While no doubt a good ad in its own right, there’s little arguing that it’s anywhere close to being the quality of ad that the folks at Media Art Lab tend to put out.

It’s OK though. We’re not sure they would be able to build iPhones so Apple probably shouldn’t feel too bad!

This year’s Primetime Emmy Awards are scheduled for Monday, Aug. 25.

Haven’t seen the Misunderstood TV ad yet? Not a problem, just for your viewing pleasure, we’ve embedded the video right here, so you can check it out in its entirety.

It’s without a doubt a brilliant TV ad to start with, but do you think Apple’s TV spot deserved a win? If yes, or even a no, do share your thoughts with us in the comments section below. And also let us know which TV ad should have won in its place of this if you disagree with the win.