Microsoft has worked tirelessly over the past few years to try and turn its flagship Xbox 360 console into an all-round entertainment system. Once a hub for hardcore gamers to get their kicks, Xbox LIVE is now awash with various  type of content, and adding to the ever-growing plethora of streaming media available comes something for wrestling fans worldwide to get reasonably excited about. World Wrestling Entertainment (WWE) will now begin showing pay-per-view events to those with an Xbox LIVE Gold membership subscription, and although details are pretty scarce at this point, it’s a pretty big coup for both parties involved. More details right after the break.

WWE is as popular with many adults as it is with children, and having been around for decades, has withstood the test of time, continuing to rake in hundreds of millions of dollars. Getting onto Xbox LIVE means fans on the Xbox 360 will easily be able to access "all" of WWE’s PPV events direct from the Redmond company’s console. 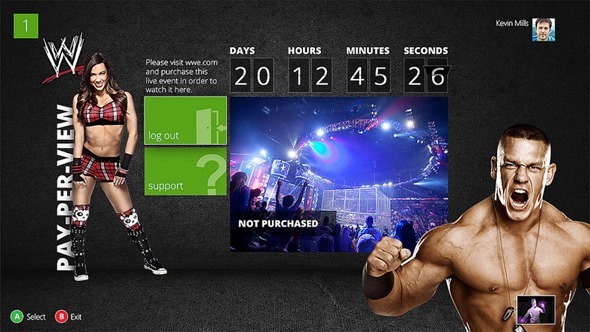 Things may have changed quite a bit since the early days, but while there was a time when WWE (formerly WWF) was the subject of intense popularity. The heydays of characters like "Stone Cold" Steve Austin may have passed, but with old favorites like The Rock (Dwayne Johnson) and Triple H still mixing it with some of the newer characters, the franchise continues to boom.

The app arrives shortly before the big Wrestlemania XXIX event this coming Sunday, so the timing could not really be any better. Microsoft has been pretty scant with regards to the specific details and information pertaining to the release, and so at the moment, it is unclear whether, for example, pay-per-view events will be available to purchase using Microsoft Points, or whether they will require actual money to change hands.

Nevertheless, if you’re a fan of the WWE, this is one app release you most certainly will not want to pass up on. So you don’t forget to hook the app prior to Wrestlemania by heading over to the Xbox LIVE Marketplace right now and download the brand new app. 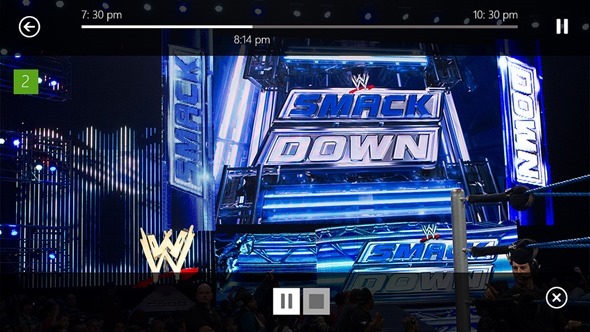 Please do let us know what you think of the new WWE app by dropping a comment below.