Music is always a pleasant commodity at a social gathering, and such are the trends of modern technology, that most people have their entire library (or at least, an assortment of favorites) in their pocket at all times. Unfortunately, the rigmarole of chopping and changing between devices to source different artists and songs is an altogether less enjoyable experience, and can make the process rather tiresome at times. Thankfully though, one developer has come through with a solution to this common occurrence, having created an app for iOS which allows all on the same Wi-Fi to curate a playlist mixing songs from different devices. It’s called GrouPlay, and although it doesn’t solve the issue of cringe worthy dance moves, will allow the party to continue with less interruption.

Music is a broad spectrum, and even within the same peer groups, tastes can be heavily varied. Thus, when the party begins, the first iPhone / iPod only tends to stick around for half a dozen tracks before somebody enforces their superiority in musical preference by connecting their own device to the audio system. This cycle then repeats itself, and after a few rounds, it becomes so cumbersome that partygoers may cease interest in the rotating DJ system altogether. 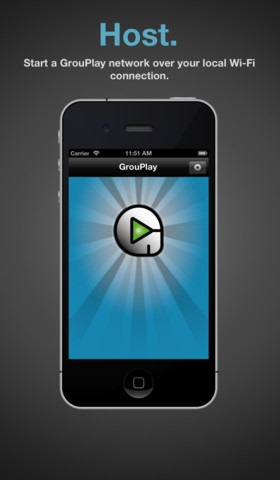 GrouPlay ensure that, with a little collaboration, everybody can have their say, and if a decent speed of Wi-Fi is connectible, then everybody can contribute. It does require everybody wishing to be involved to install the GrouPlay app, but considering it is free of charge, this shouldn’t throw a spanner in the works. 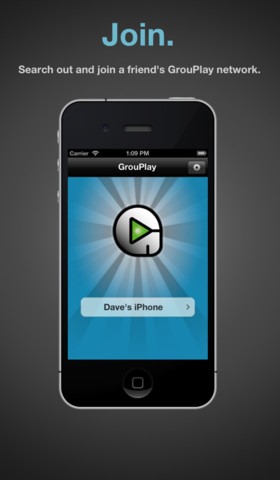 Once everybody has the app up and running, one person hosts a playlist, and everybody else on the Wi-Fi is then free to add to it. Users can also vote songs up or down, which in turn moves them nearer the top or bottom of the playlist, and although it will only let you add one track at a time, we think the concept itself is very neat. 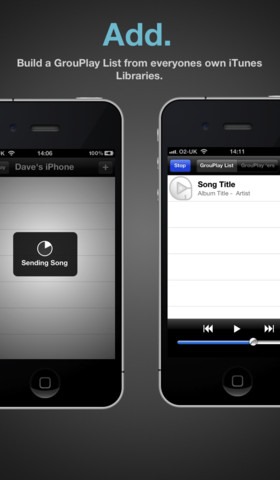 Even though a few future updates could make it great, it’s already very good, and if you constantly encounter the music selection dilemma at social gatherings, check it out via the link below.

(Source: GrouPlay Social Playlists for iOS on the App Store)