The big WWDC event for 2019 kicks off on Monday, June 3rd and the McEnery Convention Center in San Jose is already starting to get ready. Starting this past Tuesday, workers have been adding artwork and banners to get the convention center ready, with some of the banners in particular being very bright indeed.

Apple moved the WWDC event to San Jose in 2017 after years of making San Francisco’s Moscone Center its home. After much trepidation, the move appears to have gone well and 2019 is unlikely to be any different. 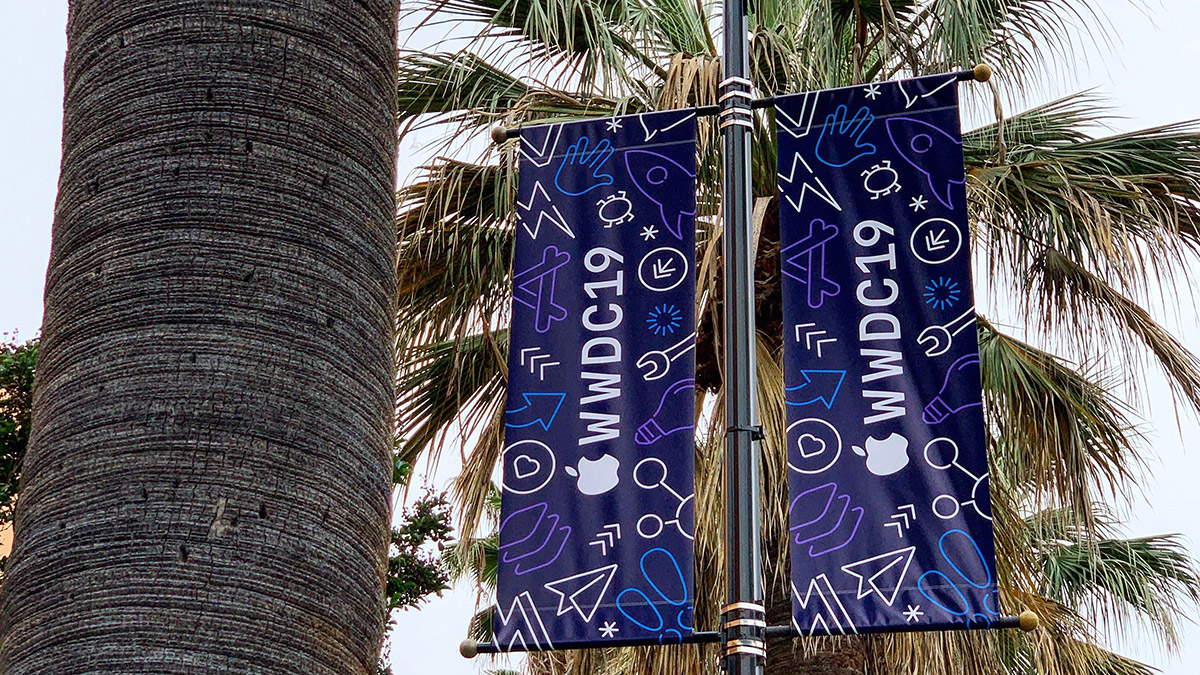 Thanks to Product Designer David Lewis Thomas, 9to5Mac was able to get hold of some photos of the work that is going on at the McEnery Convention Center. There is new signage being installed all around the area, and while work is still underway, we’re pretty confident when we say that it’s all going to look great once it’s complete.

Product Designer David Lewis Thomas sent us photos of WWDC signage around San Jose installed at transit stops, lampposts, and in progress on the front of the convention center. The main banner is still very much a work in progress, but some are speculating that it may contain real neon elements. A close look at the signage at this stage reveals the text “Dub Dub,” a common nickname for WWDC among attendees, set in a script typeface. The finished display is sure to be stunning.

Apple’s WWDC keynote will kick the event off at 10:00 am PT on Monday, June 3rd. It’s expected to be a big one, with announcements for iOS 13, watchOS 6, macOS 10.15, and more likely to be announced. There will also be many different events held in the same area for those who were unable to get tickets to WWDC proper and the week has become bigger than the event itself in recent years. 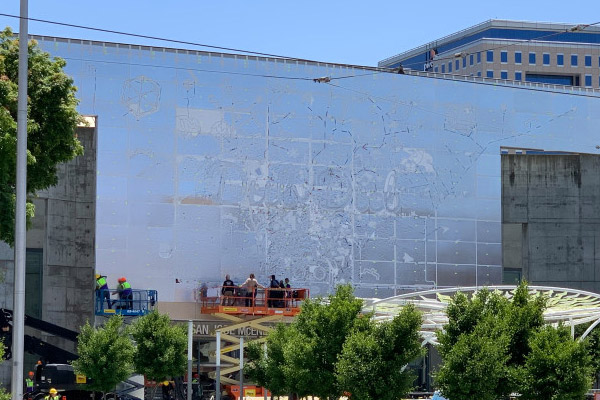 We have high hopes for WWDC this year, and we’ll be keeping our eyes peeled for the latest news and goings on during and after the event.