WSJ: Apple’s iPad Air Plus May Feature USB 3.0 Ports For Mouse And Other Devices

Reports are coming in that the larger, 12.9-inch iPad from Apple – being dubbed as the iPad Air Plus – is likely to sport USB 3.0 ports to support connections for external devices. Head over the jump for further details on this news.

This new report builds upon a recently published piece, which suggested that the iPad Air Plus’ release date has been pushed back. Reported by WSJ, stating that the internal hardware details of the upcoming larger tablet from Apple are still obscure at best, the introduction of the USB 3.0 ports on the machine is hinting at Apple trying to pit the new tablet up against the new hybrids out in the market, such as the Surface Pro 3. 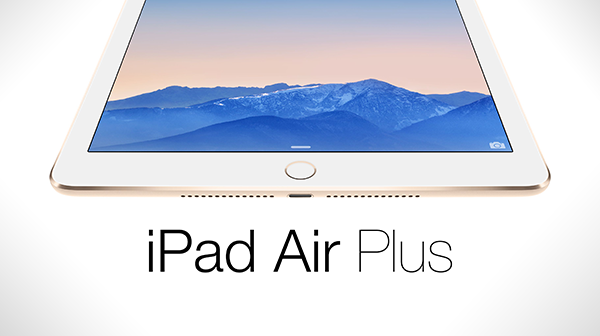 There has already been news circling around the Web about Apple purportedly designing an external input device for controlling the new tablet, and where there was no real word on whether that would mean an external mouse and keyboard for the iPad Air Plus, the new report hints at that possibility as well. The support for additional peripherals is something unheard of before, but is definitely not surprising given how Microsoft has been projecting its Surface tablet as an alternative to Apple’s MacBook Air.

WSJ’s Lorraine Luk reports, “Apple is now considering adding USB ports and adopting so-called USB 3.0 technology, a much faster version that promises to transfer data up to 10 times as rapidly as current USB ports.” Also on the cards, is the possibility of a new faster charging technology, something that Apple has so far steered clear of.

The iPad Air Plus is likely to retain the A8X processor from the iPad Air 2, but there are rumors suggesting that Apple may in fact be working on the next-gen A9 processor which could debut with the iPhone 6s / 6s Plus later this year. There is also reason to believe that once the iPad Air Plus hits the market, Apple will cease production of the smaller iPad mini lineup, deeming the product irrelevant in the presence of the giant iPad Air Plus and the current iPad Air with 9.7-inch display.

What’s your take on the iPad Air Plus and today’s development? Let us know by dropping your thoughts in the comments section below.