It’s a funny time in the world of Windows Phone 7. So much is going on right now, with NoDo bringing copy & paste to the platform and multitasking not far away, yet it’s almost like people don’t even know it’s there. One thing we do know is there is one random build of the operating system, apparently installed on an Italian LG Optimus 7 is floating around in the wild. 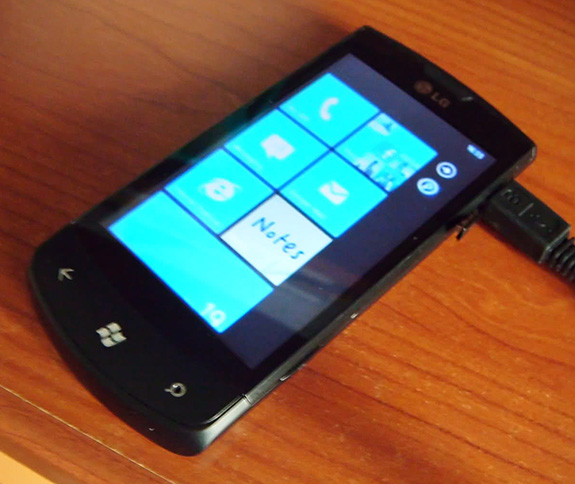 Supposedly belonging to a commenter on Windows Phone Italy, the handset is reportedly running WP 7.0.7753.0 which is obviously a higher build number than the 7390 of the recently released NoDo update.

The commenter claims this update was installed legitimately via the usual Zune update process, though so far this build number does not appear to be widespread.

Other than the new Search button no differences have been reported, though change under the hood are completely possible.