The first WP7 update with copy/paste and CDMA support will be available early next month.

BARCELONA, Spain – Feb. 14, 2011 – Microsoft today kicked off Mobile World Congress by giving people a glimpse of what the rest of the year will bring for Windows Phone 7. Among the updates are several new features, a booming app marketplace, and the integration of even more Microsoft products with the phone.

A concrete example of the company’s vision is the new strategic partnership with Nokia. “This partnership will combine the strengths of our two companies, and fuel our growth as we build the global Windows Phone ecosystem. This is a great win for us, for Nokia, and for our existing and new customers around the world,” said Andy Lees, president of Microsoft’s Mobile Communications Business.

“…A year ago, we introduced Windows Phone 7 at Mobile World Congress in Barcelona. We described how we are putting the entire muscle of our company behind our mobile strategy including Windows, Windows Live, Bing, Zune, Xbox LIVE, Office, SharePoint, Exchange, and our developer tools,” Lees said. “Our alliance with Nokia creates opportunities for both companies far beyond what we could achieve separately, and offers a compelling alternative to the existing choices for consumers, mobile operators and developers.”

The first goal with Windows Phone 7, Lees said, was to deliver a uniquely delightful customer experience. And the results, as provided by Windows Phone 7 users, show that the overall experience is great. “So far we’ve had a fantastic reaction from customers, with a 93 percent customer satisfaction rate and nine out of 10 customers saying they are likely to recommend [the phone] to someone else,” Lees said. “All of this contributed to Nokia choosing us. And with this partnership, we are taking another big step toward driving global scale, reach and impact.”

Microsoft announced several new Windows Phone 7 features coming in 2011, including a “dramatically enhanced” browser experience based on Internet Explorer 9; additional multitasking capabilities; support for Microsoft Office documents in the cloud; and the addition of Twitter to the People Hub. The expanded capabilities announced today include:

• Copy and paste functionality via first major update, coming in the next month

• Support for Office documents in the cloud in 2011

• Dramatically enhanced Web browser experience based on IE9 in 2011

• A new wave of multitasking applications in 2011

Microsoft sold 2 million phone licenses in Windows Phone 7’s first two months, and the phone is now available from 60 mobile operators in 30 countries around the world, Lees said. As phone availability and sales grow, so too does the app marketplace – there are now more than 8,000 apps in the marketplace and 28,000 registered developers.

In addition, the phone will be available soon on U.S. networks such as Verizon and Sprint, he said. Also, with an expanded feature set, more capabilities, and new partnerships like the one just announced with Nokia, the Windows Phone 7 platform is positioned to scale up rapidly.

First Mile Point in the Marathon

With the bang of a starting gun firing last fall, Windows Phone 7 launched itself into the mobile race. It’s a race that Microsoft leaders are quick to point out is not a sprint, but a marathon – and one that’s just begun.

“We’re in the race – it’s not a sprint but we are certainly gaining momentum and we’re in it for the long run,” said Achim Berg, a corporate vice president in Microsoft’s Mobile Communications Business and Marketing Group. “We know we have tough competition, and this is a completely new product. Our design is different, our platform is different, our customer experience is different, and our long-term strategy for earning widespread adoption is different.”

Over the next year, the company will continue to work with third parties on phone innovation and will add new features and apps that customers want and that make using Windows Phone 7 a “delightful experience.” Microsoft also will work to engage more of the nearly 80 percent of worldwide phone users who are not using a smart phone, said JP Wollersheim, a Windows Phone 7 product manager.

A Different Kind of Phone

It was just two and a half years ago that Microsoft’s Windows Phone 7 team came together with a single mission: to go back to the drawing board to create a completely new Windows Phone, to rethink and smarten up the smart phone, and to create a device that successfully integrated many favorite Microsoft products into one device – Bing, Windows LIVE, Xbox and Office, among others.

“For the first time, Microsoft has actually collected all of those great products and put them on a device with a screen that’s 480×800,” said Wollersheim. “It’s always been about being different. Because we were starting fresh, from the ground up, we were able to look at what our competitors were doing, look at their issues and work through their experiences, and design something better.”

Wollersheim said Microsoft built a smarter smart phone that focuses on user experience, integrates experiences rather than launching separate apps for tasks, gives information at a glance, and “allows you to have things happen on your behalf.”

One example of how deep thinking about the mobile phone experience translated into a feature is the Windows Phone 7 camera. Each device has a camera button on the side and can instantly take a photo, even if the phone is locked, rather than the user having to miss the moment while scrambling to unlock the phone and open a camera app.

It’s just one of many thoughtful details that make the phone different, and Wollersheim said that is largely why people are so “jazzed” with their new phones.

“You don’t sell phones if people aren’t happy. That’s the leading indicator of where we’re at, and it’s predictive as to how many we’re going to eventually sell,” Wollersheim said. “We want it to sell, and we want customers to be super happy, and we want them to tell their friends and family. That’s the best recommendation you could have.” 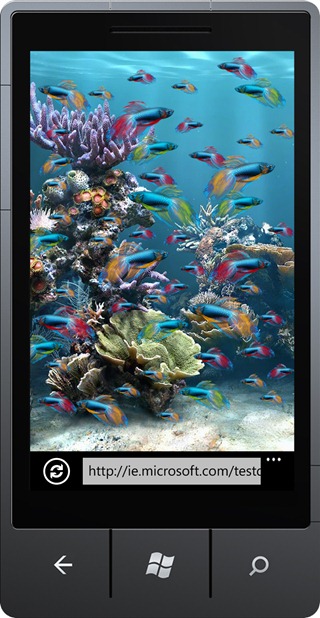 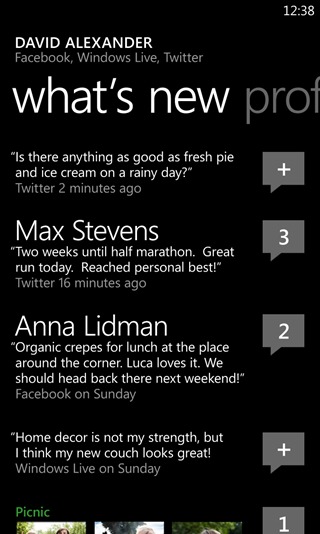 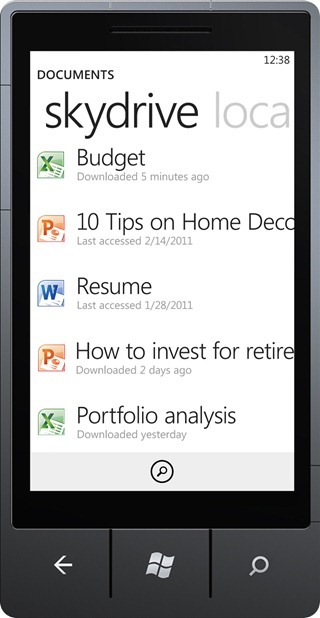