With the team behind Windows Phone 7 jailbreaking app ChevronWP7 meeting Microsoft earlier this week, many wondered what the future would hold for the homebrew scene. Now though, developers Rafael Rivera, Chris Walsh, and Long Zheng have broken cover to help allay everyone’s fears, writes GeekSmack. 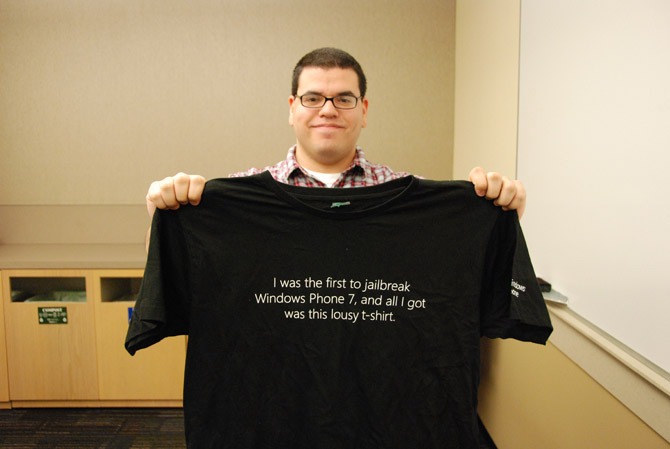 While much of the discussions are understandably under NDA, the team have said that they will be working with the Redmond giant to ensure the Windows Phone 7 homebrew scene continues to develop.

After two full days of meetings with various members of the Windows Phone 7 team we couldn’t wait to share with everyone the results of those discussions.

Although a large majority of the content presented by Microsoft is covered by a non-disclosure agreement (NDA), which we voluntarily agreed to, we can say we’re genuinely excited by many of the forward-looking presentations. We can only hope these features come to fruition as soon as possible.

To address our goals of homebrew support on Windows Phone 7, we discussed why we think it’s important, the groups of people it affects, its direct and indirect benefits and how to manage any risks.

With that in mind, we will work with Microsoft towards long-term solutions that support mutual goals of broadening access to the platform while protecting intellectual property and ensuring platform security.

In the meantime, a forthcoming Windows Phone 7 update will fix a bug that the ChevronWP7 unlocker tool took advantage of; the tool will cease to work thereafter.

To fill this short-term gap, we’re collaborating with Microsoft on an interim solution that will continue to support homebrew developments after the update. We will share details of this when it has been finalized.

In summary, we appreciate Microsoft’s outreach, genuine interest and involvement in this matter and we hope the community can understand we’re working towards a win-win scenario.

It’s refreshing to see a hardware manufacturer be so open when it comes to the hacking of their device. If only Apple was so keen to listen to its users!